Musician Tage Larsen was born on November 7, 1970 in Hartford, Connecticut and adopted by Rikk and Pamela Larsen. He graduated from The Peabody School in 1984 and from Cambridge Rindge School in 1988. Larsen went on to receive his B.M. degree in music performance from Michigan State University School of Music in 1992, and his M.M. degree in performance from the University of Rochester, The Eastman School of Music in 1994. While at The Eastman School, Larsen toured the country with the Dallas Brass quintet for nearly a year, making appearances, performing, and providing youth clinics to support young musicians.

Following completion of his masters program, from 1995 to 1999, Larsen served as solo cornet with the “President’s Own” U.S. Marine Band, in Washington, D.C. He then went on to join the Annapolis Symphony Orchestra, in Annapolis, Maryland, where he served as the principal trumpet from 1999 to 2000. Then, he joined the Saint Louis Symphony Orchestra, where he served as second trumpet from 2000 to 2002. In July 2002, Larsen was the first African American hired in the history of the Chicago Symphony Orchestra where he has served as fourth/utility trumpet of the orchestra’s brass section. In 2008, Larsen was featured in the Dream Out Loud music education advocacy campaign, a collaboration between the Chicago Symphony Orchestra Association and Yahama Corporation of America. He also served in the role of Yamaha Trumpet Artist, educator, and roster member. Larsen has performed with the CSO Trumpets, as the featured faculty soloist for the DePaul Festival Winds, and as a guest trumpet soloist with the Evanston Symphony Orchestra in Evanston, Illinois, under the direction of Lawrence Eckerling.

In 2004, Larsen received the first Michigan State University College of Music Distinguished Alumni Award. He joined the faculty at DePaul University School of Music, in Chicago, Illinois in 2007, as an instructor in applied and performance trumpet.

Larsen conducts master classes, has performed at conferences hosted by the International Trumpet Guild (ITG), and also served on the faculty at Roosevelt University’s Chicago College of Performing Arts.

Tage Larsen was interviewed by The HistoryMakers on July 12, 2019.

You Break It, You Buy It 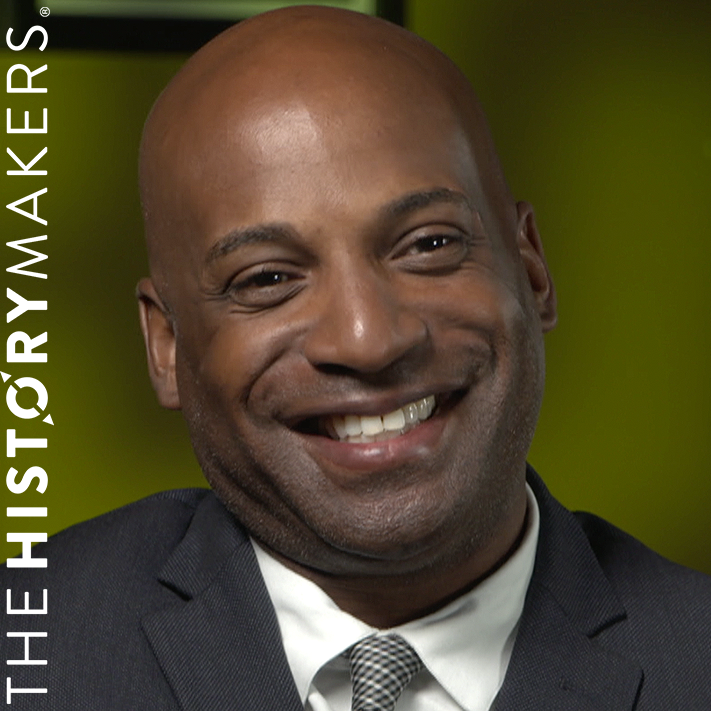