Judge Robert L. Wilkins was born on October 2, 1963 in Muncie, Indiana to Joyce Hayes Wilkins and John Wilkins. After graduating from Northside High School, Wilkins received his B.S. degree in chemical engineering from the Rose-Hulman Institute of Technology in 1986, and his J.D. degree from Harvard Law School in 1989.

In 2001, Wilkins was named Pro Bono Attorney of the Year by the American Civil Liberties Union of Maryland, and received the Henry W. Edgerton Civil Liberties Award sponsored by the ACLU Fund of the National Capital Area. In 2008, Wilkins was named one of the 90 Greatest Washington Lawyers of the Last 30 Years by Legal Times Journal. In 2014, Wilkins received an honorary doctorate of engineering from Rose-Hulman Institute of Technology and the National Bar Association’s Gertrude E. Rush Award. He was also named one of the 40 most successful litigators under 40 by the National Law Journal.

Wilkins was interviewed by The HistoryMakers on May 15, 2019. 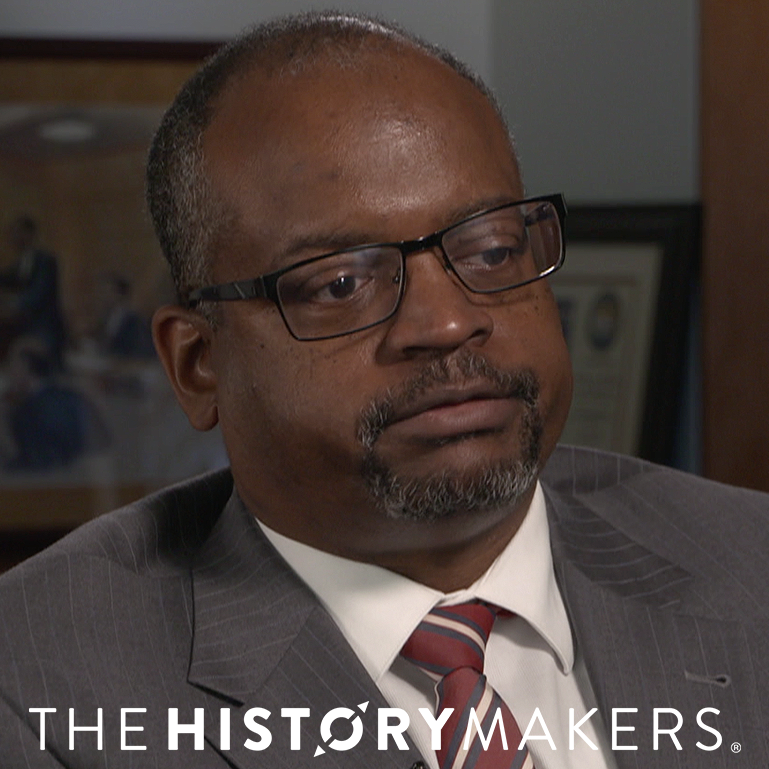 United States District Court for the Southern District of California