College president, museum director and civic leader Johnnetta Betsch Cole was born on October 19, 1936 in Jacksonville, Florida to John Thomas and Mary Frances Lewis Betsch. She was admitted to Fisk University at the age of fifteen, and later transferred to Oberlin College where she received her B.A. degree in sociology in 1957. Cole earned her M.A. and Ph.D. degrees in anthropology from Northwestern University in 1959 and 1967.

In 1970, Cole accepted a faculty position at the University of Massachusetts, Amherst, where she served as a professor of anthropology and Afro-American studies. In 1982, Cole joined the faculty at Hunter College and served as the director of the Latin American and Caribbean Studies Program at the CUNY Graduate Center. She was named the first black woman president of Spelman College in Atlanta, Georgia in 1987. During her tenure as president, she led a campaign that raised over $113 million dollars, attracted higher student enrollment, and improved Spelman’s overall ranking. In 1992, Cole served on President Bill Clinton’s transition team as cluster coordinator for education, labor, and the arts. After leaving Spelman in 1997, Cole joined Emory University as a Presidential Distinguished Professor of Anthropology, Women Studies and African American studies. From 2002 to 2007, she served as the president of Bennett College. There, she led a $50 million campaign, raised funds for an on-campus art museum, and initiated the women’s studies and global studies programs. In 2009, she was named director of the Smithsonian National Museum of African Art in Washington D.C.

Cole authored and edited numerous books including All American Women: Lines That Divide,Ties That Bind (ed.) in 1986, Anthropology for the Ninties (ed.) in 1988, Conversations: Straight Talk with America’s Sister President in 1994, Gender Talk – the Struggle for Women’s Equality in African American’s Communities in 2003, edited with Beverly Guy-Sheftall,Who Should Be First? Feminist Speak Out On The 2008 Presidential Campaign, edited with Beverly Guy-Sheftall in 2010, and Diversity, Equity, Accessibility, and Inclusion in Museums, edited with Laura L. Lott in 2019.

Cole has served on the boards of Coca Cola Enterprises, Merck & Co., Home Depot, the Rockefeller Foundation, and United Way of America. She also served as chair of the Johnnetta B. Cole Global Diversity and Inclusion Institute at Bennett College, and she served as the President of the Association of Art Museum Directors. She is currently the chair and president of the National Council of Negro Women.

She has received numerous awards, including the 1988 Candace Award from the National Coalition of 100 Black Women, the 2013 Alston-Jones International Civil and Human Rights Award, the Reginald Wilson Diversity Leadership Award from the American Council on Education, and the BET Honors Award for Education in 2015. Cole has been awarded sixty-nine honorary degrees and is a member of the Phi Beta Kappa Society.

Cole is married to James D. Staton, Jr. She has three sons, one step-son and three grandchildren.

Johnnetta Betsch Cole was interviewed by TheHistoryMakers on February 11, 2019. 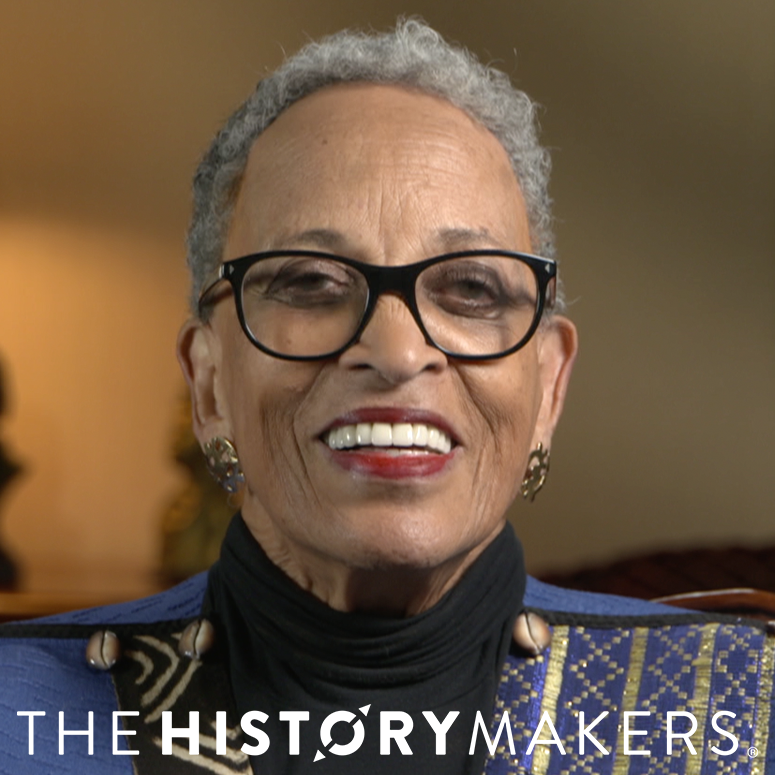 Subscribe to Johnnetta B. Cole Global Diversity and Inclusion Institute at Bennett College