Investment banker Greg Jones was born on July 1, 1957 in Orangeburg, South Carolina to Freddie Milton Jones and Nazry Davis Jones. He attended Morgan State University in Baltimore, Maryland, where he received his B.S. degree in accounting in 1979. He later received his M.A. degree in public administration from Carnegie Mellon University and his M.B.A. degree in finance as a Cigna Foundation Fellow from The Wharton School of the University of Pennsylvania.

In 1994, Jones was hired by JP Morgan in New York City to work as a division vice president. He left JP Morgan in 1997 when he was hired as the vice president of business development for the international joint venture partnership of Bechtel Construction and United Utilities. He served there until 2000, and subsequently joined the Pratt & Whitney division of United Technologies as director of business development. Pratt & Whitney was a subsidiary of United Technologies, primarily manufacturing aircraft and aerospace technologies. Jones directed strategy and value development and handled new investment evaluation and deal executions. He was promoted to division president and general manager of Pratt & Whitney Specialty Materials and Services in 2004, focusing on commercializing new technologies. From 2008 to 2001, Jones served as managing principal at the mergers and acquisitions advisory firm Corporate Development Group/Divesture Partners, where he specialized in strategy development and execution. In 2011, he joined Tyco Fire & Security as director of North American mergers and acquisition in Princeton, New Jersey. He left this role shortly after establishing his nonprofit, The Legacy Foundation of Hartford, Inc., in April of 2012. In April of 2017, Jones left Corporate Development Group/Divesture Partners and was appointed vice president of community health and engagement at Hartford Healthcare, working to build the bridge between healthcare and community members.

Jones serves as chairman of the board for The Legacy Foundation of Hartford, Inc. He has also served on the board of the Travelers Championship PGA Golf Tournament.

Jones and his wife, Lauren Allen-Jones, reside in Avon, Connecticut, and have one adult daughter, Erin Jones Geter.

Greg Jones was interviewed by The HistoryMakers on August 17, 2019. 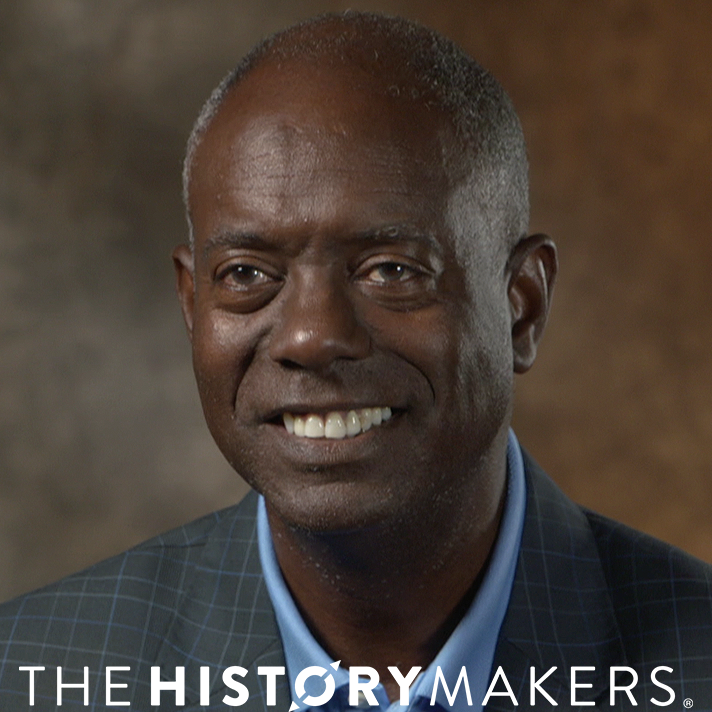 Investment banker Greg Jones (1957- ) served in executive roles for JP Morgan, the partnership of Bechtel Construction and United Utilities, the Pratt & Whitney division of United Technologies, and Tyco Fire & Security before founding The Legacy Foundation of Hartford, Inc. and becoming vice president of community health and engagement at Hartford Healthcare.

The Legacy Foundation of Hartford, Inc.