Art gallery owner Zita Cousens was born on July 30, 1953 in Lowell, Massachusetts to Major M. Cousens and Inez Lopez Cousens. She received her B.S. and M.S. degrees in psychology from Simmons College in Boston, Massachusetts in 1975 and 1978, respectively.

Cousens hosts an annual reception at the art gallery for the Martha’s Vineyard Camp Ground’s cottage tour and fundraiser, which provides awards for children during the All Island Art Show, and raises funds for the local hospital. Cousens has also served on the Gala Host Committee for the Visiting Nurse Association of Boston and is a Friend of the Studio Museum of Harlem.

Cousens and her husband, Michael Brown, have two children.

Zita Cousens was interviewed by The HistoryMakers on August 17, 2017.

Success is a choice. 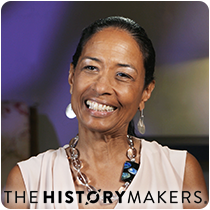 Art gallery owner Zita Cousens (1953 - ) was a guidance counselor at the Boston Latin School for over thirty years and co-founded the Cousen Rose Gallery in Oak Bluffs, Massachusetts.