Anesthesiologist Dr. Joseph A. Pierce, Jr. was born on August 13, 1935 in Marshall, Harrison County, Texas to Joseph A. Sr., and Juanita George Pierce. He attended Oglethorpe Elementary School in Atlanta, Georgia. Pierce graduated from Jack Yates High School, in Houston, Texas in 1952. He joined Alpha Phi Alpha Fraternity and Beta Kappa Chi National Scientific Honor Society in 1955 at Texas Southern University in Houston, Texas where he received his B.S. degree in chemistry in 1957, and his father Joseph Pierce, Sr. served as dean of the graduate school in 1952; and later, president in 1967. He earned his M.D. degree in medicine in 1961 from Meharry Medical College of Medicine, in Nashville, Tennessee. Pierce completed his internship at GW Hubbard Hospital of Meharry College of Medicine.

Pierce entered the United States Army in 1962. He completed a residency in anesthesiology at Brooke General Hospital/Fort Sam Huston in San Antonio in 1967, where he rose to the rank of lieutenant colonel and he completed a tour of duty in West Germany from 1967 to 1970. Then, in 1970, Pierce received his Texas State medical license and entered into private practice with Anesthesia Consultants in San Antonio, and joined the American Medical Association.

Pierce and his wife, Aaronetta, have two sons, Joseph and Michael. 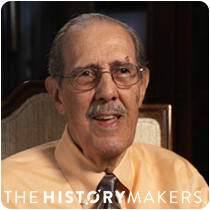 Anesthesiologist Dr. Joseph A. Pierce, Jr. (1935- ) served in private practice for Anesthesia Consultants in San Antonio, Texas and was the co-founder of San Antonio Ethnic Arts Society in 1983, and Premier Artworks, Inc. in 1990 with his wife Aaronetta.