Nonprofit executive and pianist Lee Koonce was born on January 5, 1960 in Xenia, Ohio to Ida Bent Koonce and Lee Koonce. As a child, Koonce took piano lessons and learned to play the violin, baritone horn, and flute in school. Koonce, who grew up in Chicago, graduated from Bishop Byrne High School in Memphis, Tennessee, where his father had taken a job, in 1978. He received a B.M. degree in piano performance from Oberlin Conservatory of Music and a B.A. degree in Spanish literature from Oberlin College in 1982. After working as a music and Spanish instructor at Elgin Academy in Elgin, Illinois, a suburb of Chicago, Koonce went on to complete his coursework for his M.M. degree in piano performance from the Eastman School of Music in Rochester in 1988, earning the degree in 1993.

In addition to his role as president and artistic director, Koonce has served on the board of directors of Gateways Music Festival since 1997. He also serves as a member of the board of trustees for the National Guild for Community Arts Education and served on the board of the League of American Orchestras. Koonce has served as a panelist for the National Endowment for the Arts, the New York State Council on the Arts, and the New York City Department of Cultural Affairs as well as the Oberlin Conservatory of Music committee chair of the Oberlin College Alumni Council.

Lee Koonce was interviewed by The HistoryMakers on April 28, 2018. 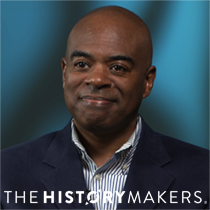 Nonprofit executive and pianist Lee Koonce (1960 - ) served as president and artistic director of the Gateways Music Festival in association with the Eastman School of Music in Rochester, New York.