Judge Jerome Kearney was born on May 30, 1956 in Gould, Arkansas to Thomas James Kearney and Ethel Curry Kearney. Kearney has eighteen siblings, including presidential appointee Janis F. Kearney. He graduated from Western Reserve Academy, a private college preparatory school in Hudson, Ohio, in 1974. He then received his B.A. degree in political science from Vanderbilt University in Nashville, Tennessee in 1978, where he was founding member of the Alpha Phi Alpha Fraternity. Kearney earned his J.D. degree from Vanderbilt University Law School in 1981.

While in law school, Kearney completed internships in the Tennessee Attorney General’s office and the Davidson County Public Defender Office. Upon graduating, he began his legal career working in private practice with his older siblings in Pine Bluff, Arkansas. He then worked as a trial attorney in the Pulaski County public defender’s office from 1982 to 1985. In 1985, Kearney was hired as a trial lawyer in the Arkansas Attorney General office, where he worked in the criminal appeals and litigation sections. From 1987 to 1990, Kearney worked as a trial attorney for the U.S. Department of Labor/Solicitors office in Dallas, Texas, handling cases in Arkansas, Louisiana, Texas, New Mexico, and Oklahoma. He then joined the federal public defender’s office in Oklahoma City, where he served as an assistant federal defender. In 1995, Kearney began working as a senior litigator in the U.S. Federal Public Defenders’ office in Little Rock under Jennifer Horan, who promoted him to first assistant in 2002. Kearney was the first African American to assume the role. In 2010, Kearney was appointed United States Magistrate Judge for the Eastern District of Arkansas and continued to serve in that role.

In 2006, Kearney received the National Outstanding Assistant Defender Award from the National Federal Defender Conference. Kearney served as a member and/or chairman of the Federal Practice Committee between 1997 and 2008, and was a member of the Henry Woods Inn of Courts legal practice society from 2003 to 2007.

Judge Jerome Kearney was interviewed by The HistoryMakers on March 13, 2018. 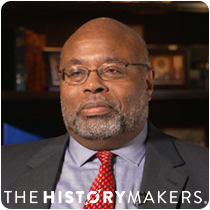 Judge Jerome Kearney (1956 - ) was the first African American to serve as an assistant federal public defender in the Arkansas Federal Public Defender Office. He went on to serve as a magistrate judge for the Eastern District of Arkansas from 2010 to 2018.