Business executive and consultant Curtis H. Tearte was born on September 18, 1951 in Philadelphia, Pennsylvania to Gwendolyn Tearte and Curtis Tearte Sr. Tearte graduated from South Philadelphia High School in 1969, and received his B.A degree in African and African American Studies from Brandeis University in Waltham, Massachusetts in 1973. He went on to earn his J.D. degree from the University of Connecticut School of Law in 1978. Tearte also studied political science and international affairs at Howard University and the University of Pennsylvania, Wharton School.

Tearte began his career in sales and marketing at International Business Machines Corporation (IBM) in 1979. From 2001 to 2004, Tearte served as the general manager of global public sector industries at IBM in Bethesda, Maryland. He was promoted to general manager of industry and systems growth initiatives in Somers, New York in 2005. In 2007, Tearte managed the sale of IBM Printing Systems to the Ricoh Company. Tearte became IBM’s worldwide general manager for the storage systems unit in 2009, where he led the sales team responsible for the success of IBM’s XIV disk system design. The following year, Tearte served as IBM’s managing director for the State of Georgia. In this role, he managed the largest infrastructure technology transformation in the United States, and oversaw the integration of IBM’s storage development and global sales teams. In 2012, Tearte and his wife, Jylla Moore Tearte, co-founded the Tearte Family Foundation, a nonprofit that provided scholarships, coaching, and mentoring to promising high school and college student. He served as its chief executive officer. In 2013, Tearte founded Tearte Associates, Inc., a firm that provided investment management and business consulting through the Tearte Family Foundation.

Tearte served on numerous boards, including the board of the University of Connecticut School of Law Foundation, the Brandeis Alumni Association board, as well as the board of trustees at Brandeis University, which he joined in 2014. Tearte also chaired the Southeast Advisory Committee of the Jackie Robinson Foundation.

Teatre is married to Jylla Moore Tearte. He has two daughters, Cherice Barr and Anjylla Foster.

Curtis H. Tearte was interviewed by The HistoryMakers on March 6, 2018.

You See Things And You Say Why? I Dream Things That Never Were And Say Why Not? 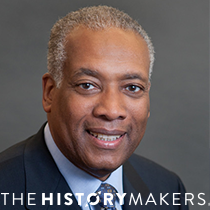 Business executive and consultant Curtis H. Tearte (1951 - ) was a senior executive at IBM for over thirty years, and the co-founder of the Tearte Family Foundation and Tearte Associates.