Dreams of the Heartland Foundation, Inc.

Singer Petrella Pollefeyt was born on April 15, 1947 in Hot Springs, Arkansas to Herbert and Dorothy Bonner. She graduated from Goldstein Elementary School in 1959, and from Langston Junior/Senior High School in 1964. Pollefeyt received her B.S. degree in business administration from Philander Smith College in 1968.

In 1968, Pollefeyt went to work for the National Rejecters Industries as a timekeeper. In 1972, Pollefeyt became the first African American administrator for Governor of Arkansas Dale Bumpers. She later accepted a position with Alcoa Aluminum and in 1973, Pollefeyt moved to Detroit, Michigan and worked for Chrysler Defense. She was later married and moved St. Louis, Missouri and worked for the GAF Corporation in 1976. Pollefeyt worked in the GAF accounting department from 1976 to 1980 and then at Kimmenade as an office manager in accounting and administration from 1980 to 1984. She then joined JC Penney in accounts payable from 1984 to 1986 as well as working as an accounting administrative assistant for Ford Aerospaceand for Pyromet Industries in accounting and administration from 1989 to 1994.

Pollefeyt’s singing talent was discovered by noted indie Nashville pioneer record producer Jack Gale in 1988. She also became a songwriting member of the American Society of Composers, Authors, and Publishers in 1992, and Pollefeyt released her debut album Countryversial in 1993. Her single I Found Somebody spent fourteen weeks on the national Top 100 Country Singles Chart and she was the first African American female in country music to be featured on the cover of Cashbox magazine. She was named New Female Vocalist and Album of the Year in Nashville Tracker Magazine in 1994. Pollefeyt served as partner for P2 Production and P. Phunk Music, from 1994 to 2007, while serving as president of the charitable organization, Dreams of the Heartland Foundation in 1996. She was also credited on the albums Papa Did A Raindance in 2001, and Find A Cure in 2002. She released Walk Around Heaven, Homes for the Holidays and Dreams of the Heartland albums on the Petrella record label in 2005, and became a registered agent and manager for Garden Mound LLC in 2007. Pollefeyt released her single, Working in The USA to country radio in 2013. Pollefeyt and Jack Gale celebrated the 25th Anniversary of her musical career with the release of the CD Shine on Me.

Pollefeyt donated her personal papers, audio and video recordings, posters, costumes and memorabilia documenting her career as a country soul singer-songwriter to Archives of African American Music and Culture at Indiana University for Petrella Pollefeyt Collection. Pollefeyt also gifted an annual donation to her alma mater, Philander Smith College for the music students. She shared her legacy, donated historic land and family property to the Garland County Habitat for Humanity in Hot Springs.

Petrella Pollefeyt was interviewed by The HistoryMakers on April 2, 2018. 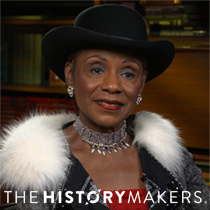 Singer Petrella Pollefeyt (1947- ) was discovered in 1988 by pioneer record producer Jack Gale, and released her debut album Countryversial in 1993. She was named New Female Vocalist and Album of the Year in Nashville Tracker Magazine in 1994.