Corporate chief executive Jylla Moore Tearte was born on April 12, 1954 in Salisbury, North Carolina to Julius Moore and Vera Moore. Tearte graduated from Salisbury High School in 1972 and earned her B. S. degree in mathematics from Livingstone College in 1976. Tearte went on to receive her M.B.A. degree in marketing from Indiana University’s Kelley School of Business in 1978, and her Ph.D. in organizational development from Benedictine University in 2009.

Tearte started her career at the International Business Machines Corporation (IBM) where she served in several roles including systems engineering manager and vice president of operations for the Northeast sales and distribution territory. She was promoted to vice president of sales for the Midwestern small and medium business territory before leading the Global Channels organization. During her tenure at IBM, she was a three-time recipient of the Golden Circle, IBM’s highest sales award, along with the U. S. Leadership Award. She led a task force on Women Customers that resulted in an international marketing and sales focus and testimony to the U. S. House of Representatives Small Business Committee’s Congressional Hearing on Women Business Owners. Tearte left IBM in 2000 to found Crystal Stairs, Inc., a consulting and executive coaching firm specializing in executive transitions and strategic facilitation. In 2012, Tearte co-founded the Tearte Family Foundation, and served as chief operations officer of Tearte Associates, Inc. Tearte also authored and published eighteen books including Due North! Strengthen Your Leadership Assets, released in 2002, and the series, Encore Leadership: Transforming Time, Talent and Treasure into a Legacy That Matters, in 2013.

From 1992 to 1996, Tearte served as the international president of Zeta Phi Beta Sorority, Inc. In 1995, she spoke at the United Nations Fourth World Conference on Women in Beijing, China. Tearte was named Centennial Commission Chair for Zeta’s 100th Anniversary in 2020. Her Zeta legacy of service includes the founding of the Pearlette affiliate for girls four to eight years of age, establishment of a chapter in South Korea and co-author of the Sigma Zeta Reaffirmation Ceremony.

Tearte received many awards for her business and community leadership, including the distinguished alumni award from the National Association for Equal Opportunity in Higher Education (NAFEO) and the Wallace Jones Lifetime Achievement Award from the Consortium for Graduate Study in Business. The first executive director for the Information Technology Senior Management Forum, she has been inducted into the National Association of Business and Professional Women’s Corporate Hall of Fame.

Jylla Moore Tearte was interviewed by The HistoryMakers on March 6, 2018.

All Around the World

All That You Do, Do With Your Might. Things Done By Half Are Never Done Right. 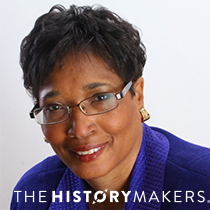 Corporate chief executive Jylla Moore Tearte (1954 - ) was a senior level employee of IBM for over twenty years. She was also the founder of Crystal Stairs, Incorporated and co-founder of the Tearte Family Foundation.