Voices for Our Fathers Legacy Foundation

Executive mentor Betty Neal Crutcher was born on November 21, 1949 in Tuskegee, Alabama to Rosea and Homer Neal. Crutcher graduated from Tuskegee Institute High School in 1967, and went on to receive her B.S. degree in sociology from the Tuskegee Institute in 1971 and her M.P.H. degree from the University of Michigan in 1973. Later, she earned her Ph.D. in educational administration from Miami University in Oxford, Ohio in 2006. Her dissertation is titled, “Cross-Cultural Mentoring: An Examination of the Perspective of Mentors,” and includes her creation of “The Three V’s: Values, Virtues, and Vision,” a special understanding into the heart of cross-cultural mentoring.

In 1980, Crutcher served as the assistant to the chancellor at the University of North Carolina at Greensboro. In 1987 Crutcher became the assistant to the president of Guilford College in Greensboro, North Carolina. Crutcher moved to Cleveland, Ohio in 1991, where she served as the first director of community relations at the Cleveland Clinic Foundation. In 1994, Crutcher was hired as a community relations specialist at the University of Texas at Austin. In 1999, Crutcher returned to the Midwest where she was appointed community outreach coordinator for Miami University in Oxford, Ohio. From 2004 through 2014, when her husband, Ronald Crutcher, became the president of Wheaton College, in Norton, Massachusetts, she served as Presidential Spouse and as a Senior Mentoring Consultant. In 2015, Crutcher became Presidential Spouse and Executive Mentor at the University of Richmond when her husband was appointed university president.

Throughout her career, Crutcher has played a cross-cultural mentoring role in health care and at various higher education institutions. She served as a senior fellow at the Oliver Wendell Holmes Society at Harvard University and as a faculty member at the Harvard Medical School Continuing Education Program. Crutcher served as one of the co-founders of the Sowing Seeds of Hope program, a Massachusetts cross-cultural mentoring initiative for high school and college students interested in the health care professions. She served as a faculty member at the 2014 American Association of Blacks in Higher Education (AABHE) Leadership and Mentoring Institute. Crutcher has authored several articles including “A Personal Connection,” Vital Speeches of the Day, January 2018, “Cross Cultural Mentoring: A Pathway to Making Excellence Inclusive,” Liberal Education, a journal of the Association of American Colleges & Universities (AACU), spring 2014; “Why Are We Here? Communal Bad Blood Perpetuates a Legacy of Mistrust,” Journal of Health Care, Science, and the Humanities, Vol. 4, No. 1, 2014, and co-authored the articles “Transforming the Negative Legacy of the Unethical United States Public Health Syphilis Study, Diversity and Democracy, summer 2018; “Transcending the Legacy of Silence and Shame Surrounding the Unethical Syphilis Study at Tuskegee,” Diverse Issues in Education, March 2017; and “The Impact of Cross-Cultural Interactions on Medical Students’ Preparedness to Care for Diverse Patients,” Academic Medicine, November 2012.

Crutcher and her husband, Ronald Crutcher, have one daughter, Sara.

Betty Neal Crutcher was interviewed by The HistoryMakers on January 18, 2018. 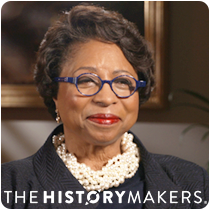