Television producer and executive, Dianne A. Hudson was born on July 13, 1954 in Georgetown, South Carolina to William Atkinson and Pansye Atkinson. Hudson attended St. Cyprian’s Elementary School in Georgetown and, after her family moved to Baltimore, Maryland in 1963, she attended Our Lady of Lourdes Grade School. In 1972, she graduated from Bishop Walsh High School in Cumberland, Maryland. Hudson earned her B.A. degree in broadcast journalism from Ohio University in Athens, Ohio in 1976.

Hudson began her career in 1976 as a broadcast news writer for the Associated Press at its Detroit Bureau. In 1977, she served as a news bureau coordinator for the J.L. Hudson Company. Hudson went on to become a television producer at several stations in Detroit, Michigan, including WXYZ-TV, WDIV-TV, and the PBS affiliate, WTVS-TV. She then became a producer for the Detroit Black Journal in 1984. In 1986, Hudson joined The Oprah Winfrey Show in Chicago as an associate producer, where she was later promoted to supervising senior producer. In 1994, she began serving as The Oprah Winfrey Show’s executive producer. Hudson helped create, and was in charge of implementing Oprah’s Book Club, as well as the viewer-driven public charity, Oprah’s Angel Network. She was the executive producer of ChristmasKindness, during which Oprah Winfrey distributed Christmas gifts of toys and clothing to children in South Africa. Hudson also served as vice president of Harpo Productions and as president of The Oprah Winfrey Foundation and Oprah’s Angel Network, where she negotiated an agreement with the South African government and supervised the building of the Oprah Winfrey Leadership Academy for Girls, a boarding school for underprivileged girls in grades seven through twelve. In 2005, Hudson served on the board of Howard University. In 2010, Hudson co-founded Andre Walker Hair, LLC, selling beauty products to women.

Dianne A. Hudson was interviewed by The HistoryMakers on March 6, 2017.

Our Lady of Lourdes School

Anywhere tropical and warm, with a beach and calm water. 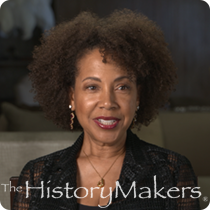