Medical doctor Dr. John E. Franklin, Sr. was born on June 6, 1924 in Barbourville, Kentucky to Sally Lewis Franklin and Stanley Franklin. Franklin and his family migrated to Detroit, Michigan in the early 1930s. In 1942, he graduated summa cum laude from Southeastern High School in Detroit, Michigan becoming the second in his family to earn a high school diploma. He enrolled in night classes at the Detroit Institute of Technology in Detroit, Michigan before enlisting in the U.S. Army. While enlisted, he briefly enrolled at Prairie View University in Prairie View, Texas and later received his B.S. degree in chemical engineering from the University of Michigan in Ann Arbor, Michigan in 1949, where he was the recipient of The Bomber Scholarship for WWII veterans. He also received his M.D. degree from the University of Michigan in 1953.

Franklin worked for the Ford Motor Company and attended night school before he enlisted in 1942 into the U.S. Army where he served in World War II. Upon completing basic training at Fort Wayne in Michigan, he was transferred to Aberdeen Proving Ground in Baltimore, Maryland. Subsequently, he entered the Army Specialized Training Program at North Carolina Agricultural and Technical State University in Greensboro, North Carolina. After two months, he was transferred to Prairie View, Texas and later to the 92nd Infantry Division in Fort Watauga, Arizona as a French horn player and clerk. He served overseas in Italy and later received an honorable discharge. He returned to the U.S. and finished college on the G.I. Bill. After graduation, he completed his surgical residency at Homer G. Phillips Hospital in St. Louis, Missouri. Unable to obtain a surgical position due to racial discrimination, Franklin returned to Michigan and opened a private practice in Inkster, Michigan in 1958. Over the next three decades, Franklin cared for Inkster’s African American population. He retired in 1989.

Franklin was also a member of the Kappa Alpha Psi Fraternity, Inc. 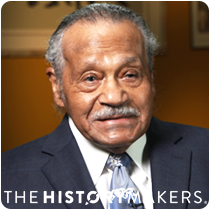 Medical doctor and professor Dr. Joycelyn Elders was born on August 14, 1933 in Schaal, Arkansas to Curtis Jones and Haller Reed Jones. Elders attended Howard County Training School in Tollette, Arkansas in 1942. She earned a four-year scholarship to attend Philander Smith College in Little Rock, Arkansas where she received her B.S. degree in biology in 1952. In 1960, Elders earned her M.D. degree and her M.S. degree in biochemistry in 1967 from the University of Arkansas for Medical Sciences in Little Rock, Arkansas. In 1978, Elders earned her certification as a pediatric endocrinologist.

During her career, Elders published over one hundred academic papers that related to insulin resistance and other endocrine disorders. In 1997, she published her memoir, From Sharecroppers’ Daughter to Surgeon General of the United States of America.

Elders was the recipient of the Woman of Distinction Award from Worthen Bank in 1987, the Arkansas Democrat Woman of the Year from Statewide Newspaper in 1998, and the Candace Award from the National Coalition of 100 Black Women in 1991. She was inducted into the Arkansas Women’s Hall of Fame in 2016. Elders also received the Career Development Award from the National Institute of Health. In 2009, The Joycelyn Elders Chair in Sexual Health Education was established at the University of Minnesota Medical School.

In 1992, Elders was elected president of the Association of State and Territorial Health Officers. She was also a board member for the National Center for Healthy Housing.

Dr. Joycelyn Elders was interviewed by The HistoryMakers on September 20, 2017.

University of Arkansas for Medical Sciences 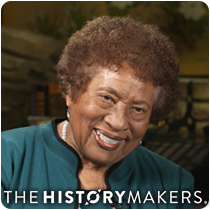 Medical doctor and professor Dr. Joycelyn Elders (1933- ) served as the 15th Surgeon General of the United States, nominated by President William J. Clinton, and was professor at University of Arkansas for over thirty years.

University of Arkansas for Medical Sciences