Entrepreneur Curtis T. Jewell was born on September 8, 1943 in Richmond, Virginia to Thelma Jewell and Fletcher Jewell. Jewell attended 18th Avenue Elementary School in Newark, New Jersey and Manakin Elementary School in Manakin, Virginia. After graduating from Central High School in Goochland County, Virginia, Jewell enlisted in the U.S. Navy in 1961, and served as a hospital corpsman. In 1975, Jewell earned his B.S. degree in social psychology from Park University in Parkville, Missouri.

Following his discharge from the military, he pursued a career as a physician. In 1966, Jewell began working as a technician at Harvard Teaching Hospital while taking pre-med courses at Northeastern University and Boston University. However, he returned to Richmond, Virginia in 1969 without completing his medical degree. In 1972, he was hired as the executive director of Uhuru, a substance abuse treatment center in Columbus, Ohio. Following his college graduation, Jewell became the President and CEO of Intercontinental, Inc. After four years with the company, he left in 1979 to join Nationwide Insurance as a sales agent. In 1985, he became a partner at Praxis, where he remained for four years. Then, in 1989, Jewell founded EXCEL Management Systems, Inc. and established the Jewell Group, LLC, a property holding company, in 1994. In 2004, he became the majority stockholder of J.B. Chart Development Company, LLC.

From 1990 to 2008, Jewell served on the board of the National Black Programming Consortium. He also served as a member of the Columbus State Community College Development Foundation, Inc. and the Advisory Council for the Center of Science Industry Columbus.

Curtis T. Jewell was interviewed by The HistoryMakers on Novemeber 15, 2017. 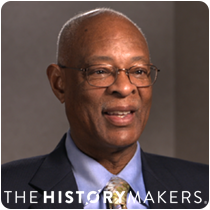 Entrepreneur Curtis T. Jewell (1943 - ) was the president and CEO of EXCEL Management Systems, Inc., a company he founded in 1989. He established the Jewell Group, LLC in 1994.