Wilmington Chapter of The Links, Inc.

From 1980 to 1982, Trader worked as a marketing representative at the International Business Machines Corporation (IBM). In 1982, she became a senior product manager at Wang Laboratories, where she managed the company’s line of minicomputers and one of the industry’s first voice mail servers. After a brief stint as the product area manager at Computer Sciences Corporation in 1985, Trader was hired as the director of portable systems at AST Research Inc. in Irvine, California, where she led the launch of the company’s first notebook computer in 1989. Then, in 1992, Trader became the vice president of marketing at Everex Systems, where she led the restructuring of the company’s marketing organization. In 1993, Trader was recruited by SunExpress President Dorothy Terrell to become the senior director of marketing for SunExpress. During her ten years at Sun Microsystems, Trader also led the company’s Workstation Products Marketing Group, and a key Internet corporate initiative. In 2002, Trader left Sun Microsystems and subsequently found her own consultant and executive coaching firm, Strategic Business Coaching Group, based in Wilmington, Delaware. Trader coaches executives at Fortune 500 corporations and nonprofits. Since 2010, Trader also works with First Cap Advisors, as a consultant.

Genelle Trader was interviewed by The HistoryMakers on August 13, 2018.

Okay Genelle, We Can Do This. 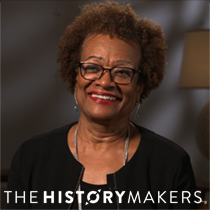