In January 1973, he was hired by the Chrysler Corporation in Denver, Colorado as an administrative trainee and was then promoted to four different sales districts in five years. In 1978, he was promoted to the zone office in Denver where he held three mid-management staff positions: truck manager, business management manager, and field operations manager. In 1982, Woods was promoted to regional manager of Chrysler’s Detroit Import Operations Group. Then in 1983, he was promoted to Chrysler’s Home Office in Highland Park, Michigan where he handled dealer placement activities for the western half of the United States. From Highland Park, Woods was moved to Minneapolis, Minnesota as the assistant zone manager in 1984. Two years later, he was promoted to manage Chrysler’s largest sales zone, Washington D.C. In 1989, Woods ended his sixteen-year career with Chrysler to establish the automotive dealership Brandon Dodge, located in Tampa Bay, Florida. His business grew to include ventures in real estate development, restaurants, and automotive collision centers. Woods consolidated his dealerships and became president of Lexus of Ann Arbor, Ann Arbor, Michigan, Infiniti of Ann Arbor, Ann Arbor, Michigan, Treasure Coast Lexus, Ft Pierce, Florida, And Treasure Coast Toyota, Stuart, Florida.

Since 1994, Wood’s company consistently appeared in Black Enterprise’s “Auto Dealer 100” list as one of the top twenty dealerships in the country. The dealership ranked at number twelve on Black Enterprise’s list in 1997. In 2008, he was listed in Who’s Who Among African Americans. Woods also received a Lifetime Achievement Award from the National Association of Minority Auto Dealers in 2015.

Woods was involved in many professional organizations within the automotive industry. He served as a member of the board of directors for Toyota Lexus Minority Owners Dealership Association and as vice chairman of the National Association of Minority Auto Dealers.

Sanford Woods was interviewed by The HistoryMakers on August 13, 2017.

It is what it is. 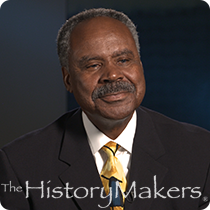