Surgeon Dr. L.D. Britt was born on June 28, 1951 in Suffolk, Virginia to Claretta White Britt and Vandious Britt. He graduated as valedictorian of his class at Booker T. Washington High School in 1968, and received his B.A. degree in experimental psychology from the University of Virginia in 1972. He went on to earn his M.D. degree from Harvard Medical School and his M.P.H. degree in public health from Harvard School of Public Health in 1977. The following year, Britt completed his medical internship and assistant residency in the department of surgery at Barnes Hospital in St. Louis, Missouri with further studies at the W. Alton Jones Cell Science Center in Lake Placid, New York.

In 1979, Britt accepted a two-year research fellowship in the department of surgery at the Washington University School of Medicine in St. Louis. After his residency at the University Hospital and Cook County Hospital in Chicago, Britt completed a clinical fellowship from 1985 to 1986 at the Maryland Institute of Emergency Medical Services Systems. From 1987 to 1997, Britt was Chief of the Trauma Division at Eastern Virginia Medical School and worked as the medical director of the Shock Trauma Center at the Sentara Norfolk General Hospital. He was also a member of the surgical staff at Children’s Hospital of the King’s Daughters. In 1994, Britt was appointed as the Henry Ford endowed chair of the department of surgery at the Eastern Virginia Medical School, becoming the first African American in the country to be awarded an endowed chair in surgery at a major American medical school. From 1997 to 2000, Britt served as both chairman of the Surgical Services Committee for Sentara Hospitals and surgical chief of staff at Sentara Hospital Norfolk. Britt went on to serve as president of the American College of Surgeons from 2010 to 2011. In addition to his roles as editor and reviewer for numerous medical journals, Britt authored 290 scientific publications and three books including a recent edition of Acute Care Surgery. He also participated in over 200 visiting professorships and distinguished lectureships throughout the world, including the A. Clifford Barger-Hinton Wright Lecture at Harvard Medical School and the Balfour Visiting Professorship at the Mayo Clinic.

Britt earned numerous awards as an educator including the Robert J. Glaser Distinguished Teaching Award, the nation’s highest teaching award in medicine given by the American Association of Medical Colleges in conjunction with the national medical honor society, Alpha Omega Alpha. Britt received The Outstanding Faculty Award, Virginia’s most prestigious educator award presented by the Governor and State Council of Higher Education for excellence in teaching, research and public service. In addition, Britt was honored with an Emmy Award by the National Academy of Television Arts and Sciences for his contribution to the television special, Youth / Violence: A Call To Disarm. President George W. Bush nominated Britt to the Board of Regents of the Uniformed Services University of the Health Sciences. 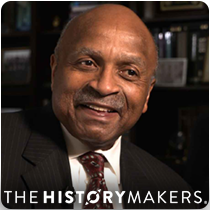 Surgeon Dr. L.D. Britt (1951 - ) served as a trauma surgeon for the Sentara Norfolk General Hospital before being appointed professor at the Department of Surgery at the Eastern Virginia Medical School [EVMS].

Lawyer Junius Williams was born on December 23, 1943 in Suffolk, Virginia. Williams graduated from Armstrong High School in Richmond, Virginia. He earned his B.A. degree from Amherst College in 1965, and his J.D. degree from Yale Law School in 1968.

While attending law school, Williams spent his summers living in Newark, New Jersey to work with the Newark Community Union Project. Following his graduation from Yale Law School, Williams moved to Newark to help rebuild the city after the riots of 1967 and maintain a private law practice. He began as the director of the Newark Area Planning Association, where he helped produce affordable housing and job training programs for minorities. In 1970, Williams was named as the director of the Model Cities Program for the City of Newark. He was then named as the youngest president in the National Bar Association’s history in 1978, and his administration became known as “The Year of Affirmative Action.” In 1990, Williams was named as counsel to the Municipal Council of Irvington, New Jersey. Only four years later, he became the Township Attorney for Irvington. During his career, Williams also served as the director for the Abbott Leadership Institute at Rutgers University.

In addition to his professional career, Williams was also involved with the Student Nonviolent Coordinating Committee during the Civil Rights Movement. As a member of SNCC, he participated in the 1963 March on Washington and the Selma to Montgomery March. Williams was involved in the Civil Rights History Project as a part of the Smithsonian Institute as well. He served as a chairman of the Greater Abyssinian Baptist Church from 1990 until 2003 and as an official observer at the first South African National Election in 1994. He was also the chairman of the board of trustees for the Education Law Center from 2000 until 2005. Williams published his own book on African American politics, Unfinished Agenda: Urban Politics in the Era of Black Power, in 2014.

Junius Williams was interviewed by The HistoryMakers on March 31, 2017. 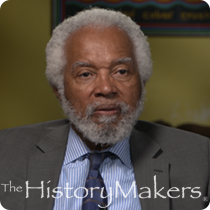 Lawyer Junius Williams (1943 - ) was the youngest president of the National Bar Association and served as township attorney for Irvington, New Jersey.