Lawyer Allison Davis was born on August 31, 1939, in Philadelphia, Pennsylvania to Elizabeth Stubbs Davis and Dr. William Allison Davis. Davis attended the Cushing Academy in Ashburnham, Massachusetts, and the University of Chicago Laboratory School in Chicago, Illinois, before graduating from Hyde Park High School in Chicago, Illinois. He received his B.A. degree from Grinnell College in Grinnell, Iowa, and his J.D. degree from Northwestern University in Evanston, Illinois in 1964.

After graduating from law school, Davis and his wife moved to Mali, where he worked for the U.S. Agency for International Development coordinating smallpox eradication efforts and vocational training for three years. After returning to Chicago in 1967, Davis accepted a legal position at the Metropolitan Housing and Planning Council. In 1969, Davis helped co-found the Chicago Council of Lawyers, a group focused on electing judges based on a merit system. In 1971, Davis co-founded Davis, Miner, Barnhill & Galland law firm in Chicago, focused on civil rights litigation. The firm hired Carol Moseley Braun, who went on to become the first African American female U.S. Senator and Barack Obama as a recent graduate of Harvard Law School. In 1986, Davis was appointed to the Chicago Public Building Commission by Mayor Harold Washington. Davis was then appointed by Chicago Mayor Richard M. Daley in 1991 to the Chicago Plan Commission. In 1996, he gave up his full-time law practice and founded The Davis Group, and later, New Kenwood LLC, development and financial planning firms. Davis later served on the Illinois State Board of Investment in 2003. Davis also consulted on the 2003 film, The Human Stain.

Davis has served as a member of The Blue Ribbon Committee to Reform the Office of The Recorder of Deeds of Cook County, and served for eighteen years on the Committee on Character and Fitness of the Supreme Court of Illinois. He served as a Director of RREEF America II for eleven years and was the director of the NAACP Legal Defense & Educational Fund.

Davis and his wife, Susan, have two sons: Jared and Cullen.

Allison Davis was interviewed by The HistoryMakers on January 27, 2017.

You Can't Be Too Paranoid. 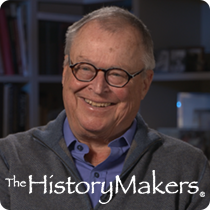 Lawyer Allison Davis (1939- ) co-founded the firm of Davis, Miner, Barnhill & Galland in 1971, that employed Barack Obama as a graduate of Harvard Law School, and The Davis Group in 1996.