Choreographer and dancer Jawole Willa Jo Zollar was born in 1950 and raised in Kansas City, Missouri. One of six children, Zollar grew up in a family that was steeped in African American culture. She grew up listening to jazz music and imagining movement in her head. Her first dance teacher was Joseph Stevenson, a student of American dance pioneer Katherine Dunham. Having earned her B.A. degree in dance from the University of Missouri in Kansas City and an M.F.A. degree from Florida State University, Zollar moved to New York City in 1980 to study dance with Dianne McIntyre at Sounds in Motion. In 1984, she left McIntyre’s studio to establish the internationally acclaimed dance company, Urban Bush Women in 1984.

Zollar’s dance company, Urban Bush Women, uses live music, cappella vocalizations and movement to interpret the religious traditions and folklore of the African Diaspora. Her work with Urban Bush Women has earned five grants from the National Endowment for the Arts and a fellowship from the New York Foundation for the Arts. Zollar has also garnered accolades as a teacher and speaker. These include receiving a New York Dance and Performance BESSIE Award in 1992, the Alumni Achievement Award from the University of Missouri in 1993 and Worlds of Thought Resident Scholar at Mankato University in 1993.

Zollar has created works for Alvin Ailey, the American Dance Theater, Ballet Arizona, Philadanco, Dayton Contemporary Dance Company and others. Zollar is Artist in Residence at Florida State University. Her other university commissions include Florida A & M University and the University of Maryland, College Park. She has lectured at such prestigious universities as MIT and UCLA. In 1999, she received the Martin Luther King Distinguished Service Award. Zollar’s company was prominently featured in the PBS documentary, Free to Dance. In 2002, Zollar was awarded an honorary doctorate from Columbia University.

Go For What You Know. 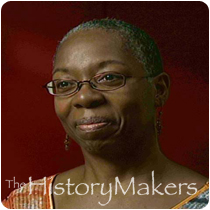 <a href="https://da.thehistorymakers.org/story/361027">Tape: 1 Story: 3 - Jawole Willa Jo Zollar explains why she changed her name to Jawole</a>

<a href="https://da.thehistorymakers.org/story/349776">Tape: 2 Story: 5 - Jawole Willa Jo Zollar describes the role of religion in her childhood</a>

<a href="https://da.thehistorymakers.org/story/349979">Tape: 3 Story: 3 - Jawole Willa Jo Zollar recalls her experiences at the University of Missouri-Kansas City</a>

<a href="https://da.thehistorymakers.org/story/349990">Tape: 4 Story: 6 - Jawole Willa Jo Zollar describes how she would like to be remembered</a>

<a href="https://da.thehistorymakers.org/story/349991">Tape: 4 Story: 7 - Jawole Willa Jo Zollar imagines choreography based on her life</a>