Opera singer Jessye Norman was born on September 15, 1945 in Augusta, Georgia to Janie King Norman and Silas Norman. She graduated from Augusta’s Lucy C. Laney Senior High School. Following her participation in Philadelphia’s Marian Anderson Vocal Competition in 1960, Norman received a full-tuition scholarship to attend Howard University, where she completed her B.M. degree in 1967. She then earned her M.M. degree from the University of Michigan in Ann Arbor in 1968.

After Norman won the ARD International Music Competition in Munich, Germany in 1969, Egon Seefehlner invited her to perform as Elisabeth in Tannhauser with Deutsche Oper Berlin. She signed a three-year contract with the opera company and, in 1970, she performed in Deborah, followed by L’Africaine and Le nozze di Figaro at the Berlin Festival. In 1972, Norman sang Verdi’s Aida at La Scala in Milan. Norman continued to perform internationally as a soloist and recitalist. She returned to the stage, performing in Oedipus rex and Dido and Aeneas with the Opera Company of Philadelphia in 1982. The following year, Norman performed at the Metropolitan Opera for its 100th anniversary season. Following a 1987 performance with the Vienna Philharmonic Orchestra, Norman was featured in Erwartung, the Metropolitan Opera’s first single-character production, and Bluebeard’s Castle in 1989. In 1990, she performed in Tchaikovsky: 150th Birthday Gala from Leningrad along with Yo-Yo Ma and Itzhak Perlman. Her first appearance with the Lyric Opera of Chicago was in the title role of Alceste in 1990. She was cast as Jocasta in a televised production of Oedipus rex at the inaugural Saito Kinen Festival Matsumoto in 1993, the same year she was featured in Ariadne auf Naxos at the Metropolitan Opera, followed by The Makropulos Case in 1996. In 1998, she performed at Carnegie Hall in Sacred Ellington, featuring music by Duke Ellington, and released a jazz crossover project, I Was Born in Love with You, with Michel Legrand. In 2002, she established the Jessye Norman School of the Arts, a tuition-free, after school arts program in her hometown of Augusta, Georgia. In collaboration with New York City cultural institutions, Norman curated Honor!: A Celebration of the African American Cultural Legacy in 2009. With seventy-five recordings to her credit, in 2010, Norman released Roots: My Life, My Song.

A five-time Grammy Award winner, including the Grammy Lifetime Achievement Award, Norman has received forty-five honorary doctorate degrees, is a Kennedy Center Honoree and holds the National Medal of the Arts. Graduate fellowships at the University of Michigan’s School of Music have also been named in her honor. Norman serves as a spokesperson for The Partnership for the Homeless and was named an honorary ambassador to the United Nations. Additionally, she serves on the board of trustees of the New York Public Library, The New York Botanical Garden, The Dance Theatre of Harlem, Paine College and Carnegie Hall.

Fall, song: God will take care of you.

When people show you who they are, believe them. 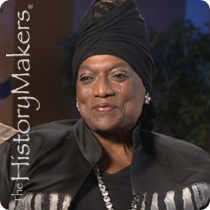 Opera singer Jessye Norman (1945- ) began performing with international and American opera companies in 1969. She received multiple Grammy awards, founded the Jessye Norman School of the Arts, and wrote a memoir, Stand Up Straight and Sing!, published in 2014.

Jessye Norman School for the Arts