Surgeon and medical professor Dr. Julius W. Garvey was born on September 17, 1933 in Kingston, Jamaica to United Negro Improvement Association founder Marcus Garvey and activist Amy Jacques Garvey. The younger of two sons, Garvey was raised in Jamaica. He graduated from Wolmer's Trust High School for Boys in Kingston in 1950; and then earned his B.S. degree from McGill University in Montréal, Canada in 1957, and his M.D., C.M. degree from McGill University Faculty of Medicine in 1961.

Garvey began his medical career by interning at The Royal Victoria Hospital in Montréal in 1961. In 1962, he began his first residency in surgery at The Mount Sinai Hospital of New York, completing his residency in 1965. Garvey also completed residencies in surgery at the Harlem Hospital Center in 1968, and in thoracic & cardiovascular surgery at the University of Maryland Hospital in Baltimore, Maryland in 1970.Garvey became an instructor in surgery at the Columbia University College of Physicians and Surgeons in 1971. The following year, he joined the Albert Einstein College of Medicine as an instructor in surgery, later becoming an assistant professor of surgery. While teaching at Columbia University and the Albert Einstein College of Medicine, Garvey also served as an attending surgeon in cardiothoracic surgery at the Harlem Hospital Center and Montefiore Hospital, as well as associate attending and head of thoracic surgery at the Montefiore Morrisania Affiliate. In 1974, Garvey was named attending-in-charge of thoracic surgery at Queens Hospital Center, in addition to serving as an attending surgeon in thoracic and cardiovascular surgery at the Long Island Jewish Medical Center. Garvey became the Long Island Jewish Medical Center’s acting program director for the Division of Cardiothoracic Surgery from 1980 to 1982, and assistant professor of surgery at State University of New York at Stony Brook from 1978 to 1988. Garvey also started his own private practice in 1983. Garvey served as chief of thoracic and vascular surgery at Queens Hospital Center from 1993 to 2006, and chief of vascular and thoracic surgery at Wyckoff Heights Medical Center from 2000 to 2004. In addition to his other medical appointments, Garvey served as an attending surgeon at North Shore University Hospital, Franklin General Hospital, Massapequa General Hospital, Catholic Medical Centers, and Little Neck Community Hospital.

No problem mon. (with Jamaican accent) 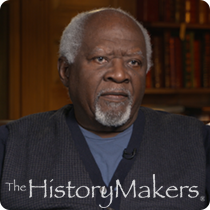