Richard Gilbert Womack, assistant to American Federation of Labor - Congress of Industrial Organizations (AFL-CIO) President John Sweeney, was born on November 18, 1939, in Danville, Virginia. Soon after his birth, Womack moved with his parents, Louise Patrick and Gilbert Womack, to Darby Township outside of Philadelphia, Pennsylvania, where he attended public school, graduating from Darby High School in 1957. After graduation, Womack served in the United States Army in Fort Lee, Virginia, and in 1962, took a job with Reynolds Aluminum that ultimately launched his career with the AFL-CIO.

Womack performed various functions within the AFL-CIO, including holding a position as assistant director of the Human Resources Development Institute in 1971, and serving as director of the Department of Civil Rights in 1986. In 2003, Womack became the assistant to the AFL-CIO president John Sweeney, advising him on civil, human, and women's rights, immigration issues, and overseeing outreach to community and religious organizations.

While serving the AFL-CIO, Womack also served as a member of the NAACP's Board of Directors, chairing the National Board of Director's Labor Committee; Chairman of the Board of the National Coalition on Black Civic Participation; and as the acting executive director of the Leadership Conference on Civil Rights. Womack received a presidential appointment in January of 1996 to the board of the Federal Prison Industries. 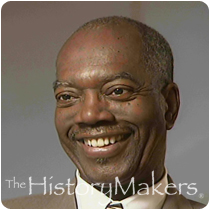 Executive assistant Richard G. Womack (1939 - ) served as assistant to AFL-CIO President John Sweeney, as well as a member of the NAACP's Board of Directors.

<a href="https://da.thehistorymakers.org/story/317235">Tape: 1 Story: 4 - Richard G. Womack describes his father's side of the family and Rifeville, Virginia</a>

<a href="https://da.thehistorymakers.org/story/317277">Tape: 6 Story: 4 - Richard G. Womack describes his role as assistant to the president of AFL-CIO</a>

<a href="https://da.thehistorymakers.org/story/317278">Tape: 6 Story: 5 - Richard G. Womack talks about the current labor movement and its future</a>

<a href="https://da.thehistorymakers.org/story/317279">Tape: 6 Story: 6 - Richard G. Womack describes his hopes and concerns for the African American community</a>