Director and producer Oz Scott was born Osborne E. Scott, Jr. September 16, 1949 in Fortman Row, Virginia. His father was Army chaplain Brigadier General Osborne Scott, Sr. and his mother, Jean Sampson Scott, was the president of the Schomburg chapter of the African American Genealogical Society. Raised in Japan and Germany until he was twelve years old, Scott attended Baumholder School and Bad Kreuznach American School. In Mt. Vernon, New York he attended Graham School, Pemberton School and graduated from Mt. Vernon High School in 1967. Starting at Friends World College, he transferred to Marlboro College where he started doing theatre before earning his B.A. from Antioch College in 1972. Already working with Back Alley Theatre and Arena Stage, he received an MFA from NYU’s Tisch School of the Arts in 1974.

Scott began his theatrical career at Washington, D.C.’s Arena Stage where he managed The Living Stage. In New York, Scott staged and took to Broadway, for colored girls who considered suicide when the rainbow is enuf by Ntozake Shange in 1977. He also directed Sonia Sanchez’ Sister Sonji; Richard Wesley’s The Past is the Past; and Fences by August Wilson. A director with writing skills, Scott started his television work in 1976 with The Jeffersons and Archie Bunker’s Place. In the 1980’s Scott directed episodes of Hill Street Blues, Gimme a Break! Scarecrow and Mrs. King, The Cosby Show, 227, L.A. Law, and Dirty Dancing. In the 1990s it was Lois and Clark: The New Adventures of Superman, Picket Fences, Party of Five, Chicago Hope, JAG, The Practice, Ally McBeal, Family Law, Time Cop, Get Real and Any Day Now. Since 2000 he has directed Soul Food, Strong Medicine, CSI, Ed, Lizzie McGuire, The Guardian, dr. vegas and was both director and supervising producer to CBS TV’s The District. Scott’s movie credits include: The Cheetah Girls (2003), Play’d A Hip-Hop Story (2002), and Crash Course (1988).

Scott has received the NAACP Image Award, the Drama Desk Award, and a Village Voice Obie Award for off Broadway, Genesis Award and the Nancy Susan Reynolds Award. He serves on the board of directors of the Charles R. Drew University of Medicine and Science, the Deans Council for California State University at Northridge’s College of Arts, Media and Communication. Scott directed the video that introduced Rev. Jesse L. Jackson to the 1988 Democratic National Convention and the Nelson Mandela Rally for Freedom at the Los Angeles Coliseum in 1990.

Go With The Flow. 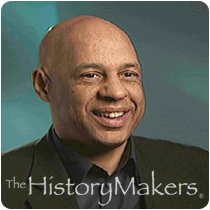 Stage director, television director, and television producer Oz Scott (1949 - ) brought, "For Colored Girls Who Considered Suicide/When the Rainbow is Enuf," by Ntozake Shange to Broadway. Scott has also produced or directed episodes of The Jeffersons, Archie Bunker’s Place, The Cosby Show and 227, among many more.

<a href="https://da.thehistorymakers.org/story/325695">Tape: 3 Story: 4 - Oz Scott reflects upon his mother's influence on his artistic pursuits</a>

<a href="https://da.thehistorymakers.org/story/325696">Tape: 3 Story: 5 - Oz Scott recalls his interest in television and its influence on his work</a>

<a href="https://da.thehistorymakers.org/story/325293">Tape: 7 Story: 3 - Oz Scott reflects upon the importance of ratings in Hollywood</a>

<a href="https://da.thehistorymakers.org/story/325307">Tape: 8 Story: 8 - Oz Scott describes his hopes and concerns for the African American community</a>