A native of Hancock County in Sparta, Georgia, Edith Jacqueline Ingram is one of four children of Katherine Hunt Ingram and Robert T. Ingram, past member of the Sparta School Board. Ingram became a judge at a time when civil unrest was at its height in Hancock County, Georgia.

Ingram initially wanted to pursue a career in nursing. She moved to New York City to attend New York City College for Nurses after high school. Ingram then returned to Georgia and enrolled in Fort Valley State College where she obtained her B.S. degree in education. She taught elementary school in Griffin, Georgia and Hancock County for five years. Ingram’s father, the only black on the school board, prompted his daughter to run for office after he endured a grand insult from the county judge and responded by informing her that her term was over.

In the general election, Ingram won and took her oath of office. She served as probate judge in Hancock County for thirty-six years, where she presided over wills, marriages, misdemeanors, felonies and civil disobedience cases. She retired from the bench in 2004. Ingram has been recognized for her work by governors. She was appointed to serve as a member of the State Democratic Executive Committee by President Jimmy Carter (then Governor of Georgia) and Lieutenant Colonel Ade De Camp and was also appointed by the Governor’s Staff in 1983 by then Governor Joe Frank Harris.

Ingram is active in the Sparta community and is a member of Georgia Association of Probate Judges, the Georgia Coalition of Black Women (Hancock Chapter and State President), the National College of Probate Judges, Delta Sigma Theta Sorority, Inc., the Hancock Women’s Club, the Hancock County NAACP and the Democratic Club. She also served on the Board of the Ebony International Learning Academy and Preparatory School.

The Bottom Rail's Gonna Come To The Top. 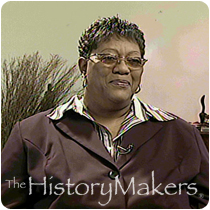 County probate judge The Honorable Edith Ingram (1942 - ) was elected as a probate judge, where she served on the bench for thirty-six years, presiding over the probate affairs of Hancock County, Georgia. She was also appointed as a member of the State Democratic Executive Committee by President Jimmy Carter.

Tape: 1 Story: 14 - The Honorable Edith Ingram describes the sights, sounds and smells of her childhood

Tape: 5 Story: 4 - The Honorable Edith Ingram explains how her faith gave her strength

Tape: 5 Story: 9 - The Honorable Edith Ingram reflects upon her father's influence on her

Tape: 6 Story: 4 - The Honorable Edith Ingram describes the officials who succeeded her

Tape: 6 Story: 5 - The Honorable Edith Ingram describes her relationship to the people of Sparta, Georgia

Tape: 6 Story: 6 - The Honorable Edith Ingram explains why she wanted to share her story

Tape: 6 Story: 7 - The Honorable Edith Ingram reflects upon her life

Tape: 6 Story: 9 - The Honorable Edith Ingram describes her legacy and how she would like to be remembered

Anita J. Ponder is president of the Macon City Council and director of education at the Tubman African American Museum in Macon, Georgia, the largest museum of its kind in the Southeast. Prior to serving on the city council, Ponder served as judge of the Municipal Court in her hometown of Fort Valley, Georgia. Ponder was born April 16, 1961, the oldest of three children of Clifford and Margie Ponder of Fort Valley, Georgia.

Ponder received her B.S. degree in journalism/communications from Florida A&M University in Tallahassee, Florida, and her J.D. degree from South Texas College of Law in Houston, Texas. She served as editor of the Law Review during her second year of law school. Ponder formed a lucrative partnership with a fellow classmate and practiced criminal and personal injury law immediately following law school. She resigned from the firm and returned to her hometown to fulfill her life long ambition to work in the public sector. Ponder became judge of the Municipal Court in Fort Valley, a position that she held for four and a half years. She volunteered at the Tubman African American Museum in Macon, Georgia, while it was in its infancy. She helped the museum to expand its exhibits nationally and internationally, and became director of its educational programs.

Ponder was appointed to the Macon City Council in 1998. In her role as president of the council, she has aided in the revitalization of the city through the neighborhood redevelopment plan. She continues to play a major role in the construction of the multi-million dollar facility that will house the Tubman Museum. Annually, in December, Ponder and friends host the Holiday Feast for All that feeds community members during the holiday season. Ponder is the editor of a recently published book: Standing on Their Shoulders: A Celebration of the Wisdom of African American Women by Dr. Catherine Meeks. She raises Arabian horses, collects antique cars, and organizes antique car shows.

Ponder serves on the boards of the Macon State College Foundation, Macon Chamber of Commerce, Georgia Coalition of Black Women, and Newtown Macon. She is a member of Delta Sigma Theta Sorority and Rotary International. 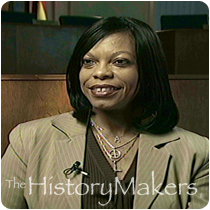 Museum executive and city council member Anita J. Ponder (1961 - ) was the president of the Macon City Council and director of education at the Tubman African American Museum in Macon, Georgia.

Tape: 5 Story: 3 - Anita J. Ponder describes the effect of basketball on her career

Tape: 7 Story: 12 - Anita J. Ponder describes how she would like to be remembered