Professor and lawyer Peggy Cooper Davis was born on February 19, 1943 in Hamilton, Ohio to librarian and genealogist Margarett Gillespie Cooper and George Clinton Cooper, a member of the "Golden Thirteen," the first African American officers in the U.S. Navy. After graduating from Roosevelt High School in 1960, Davis went on to receive her B.A. degree in philosophy from Western College for Women in Oxford, Ohio in 1964. She then earned her J.D. degree from Harvard Law School in 1968.

Davis began her legal career as a staff attorney for the Community Action for Legal Services in New York. She went on to become an associate at Poletti Freidin Prashker Feldman & Gartner, before working as a clerk at the Federal District Court under Judge Robert L. Carter. During her time there, Davis attended the New York Society of Freudian Psychologists, graduating from there in 1973. She then became associate counsel for the Capital Punishment Project, an initiative begun by the NAACP Legal Defense and Education Fund, Inc. After working with the NAACP for four years, Davis became the first African American female professor at Rutgers University School of Law in 1977, where she taught criminal procedure and civil rights law. Davis worked as the deputy criminal justice coordinator for the City of New York in 1978, before serving as judge of the Family Court of the State of New York from 1980 to 1983. In September of 1983, Davis joined the New York University School of Law faculty, where she taught lawyering, evidence, and family law. In 1986, she obtained a full time professorship, and was named the John S. R. Shad Professor of Lawyering and Ethics at New York University School of Law in 1992. Davis also served as director of The Lawyering Program at New York University School of Law from 1998 to 2010, when she became director of the Experiential Learning Lab.

Davis served on the board of directors for several organizations, including the Equal Justice Initiative, the Brennan Center for Justice, the Balm Foundation, the Vera Institute of Justice, the Northside Center for Child Development, and the Russell Sage Foundation. In 2008, she received the Distinguished Teaching Award from New York University. Davis published Neglected Stories: The Constitution and Family Values in 1997, and, along with her daughter Elizabeth Cooper Davis, published Enacting Pleasure: Artists and Scholars Respond to Carol Gilligan’s Map of Love in 2011.

Davis and her husband, Gordon J. Davis, have one daughter.

Peggy Cooper Davis was interviewed by The HistoryMakers on July 12, 2016. 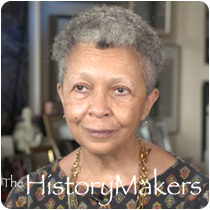 Family Court of the State of New York