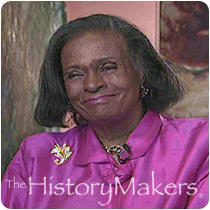 Arts educator Joan Sandler (1934 - 2020) worked for the Metropolitan Museum of Art and the National Endowment for the Arts. She was also a lecturer and faculty member at several colleges and universities.

National Endowment for the Arts

The Metropolitan Museum of Art

Fundraising in the Public Interest

<a href="https://da.thehistorymakers.org/story/245027">Tape: 5 Joan Sandler describes how she would like to be remembered</a>