Lawyer Kofi Appenteng was born on June 14, 1957 in Accra, Ghana to Felicia and Samuel Appenteng. He attended Gateway School and Aldenham School in England and later immigrated to the United States in 1977, where he attended Wesleyan University in Middletown, Connecticut. There, he was a member of the men’s soccer team and participated in track and field. Appenteng received his B.A. degree from Wesleyan University in 1981 and his J.D. degree from Columbia University School of Law in New York City in 1984.

After graduation, Appenteng was hired by the law firm of Webster & Sheffield as an associate. In 1991, he joined Thacher Proffitt & Wood LLP, where he specialized in merger and acquisitions, private placements, corporate governance, mortgage finance transactions, and not-for-profit law. Appenteng was promoted to partner in 1994, where he advised foreign and domestic individuals and companies on matters related to corporate governance, securities law compliance, acquisitions, corporate finance, regulatory compliance and crisis management. He then became CEO and director of Constant Capital Ghana Limited from 2008 to 2014. In 2014, Appenteng served as senior counsel at Dentons and became chair of the board of directors for the Ford Foundation. In 2016, he became president of the Africa-America Institute.

He served on Wesleyan University’s Board of Trustees from 1990 to 2006, and chaired the presidential search committee that recommended Michael S. Roth as the sixteenth president of Wesleyan University in 2007. He also served as non-executive director at Intravenous Infusions Limited and joined the board of directors of the Ford Foundation in 2007. He was later appointed to the board of directors at the International Center for Transitional Justice in 2015. He also served on the International Advisory Board of IE University, Spain and on the board of Instituto de Empresa Fund, Inc., Panbros Salt Industries Limited, the University of Cape Town Fund and the World Scout Fund.

Appenteng received the Baldwin Medal in 2007, the highest honor bestowed by the Wesleyan Alumni Association for service to the university and to society, and was inducted into the Wesleyan Athletics Hall of Fame in 2009. In 2013, Appenteng was named a “Great American Immigrant” by the Carnegie Corporation.

Kofi Appenteng was interviewed by The HistoryMakers on March 25, 2019. 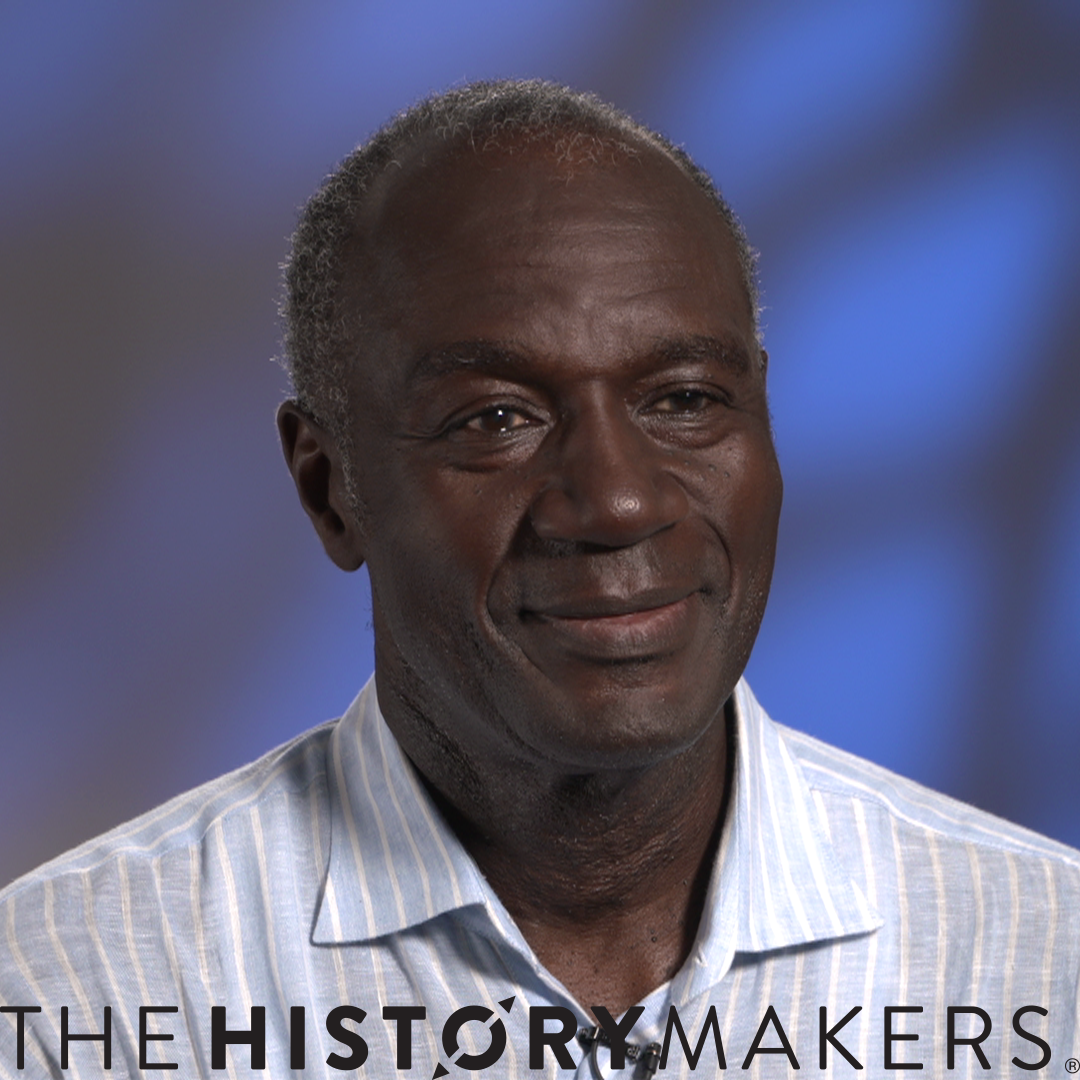 Lawyer Kofi Appenteng (1957 - ) served as partner at Thacher Proffitt & Wood LLP, senior counsel at Dentons, chairman of the Ford Foundation’s board, and president of the Africa-America Institute.

In 1993, during the annual conference of the American Literature Association (ALA), Samuels founded the African American Literature and Culture Society (AALCS) in order to encourage the contextual research of African American Studies. The AALCS has presented several conferences including showcases introducing new poets and writers. Samuels has lectured in England, Africa, Japan and throughout Southeast Asia and has received many awards and recognitions including: the Ramona Cannon Award; the Students Choice Award and the University of Utah’s Distinguished Teaching Award.

Wilfred D. Samuels was interviewed by The HistoryMakers on March 17, 2008. 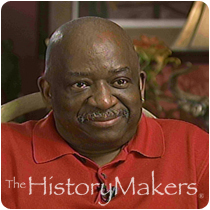 <a href="https://da.thehistorymakers.org/story/617428">Tape: 3 Wilfred D. Samuels recalls his professors at the University of California, Riverside</a>

<a href="https://da.thehistorymakers.org/story/617434">Tape: 4 Wilfred D. Samuels recalls his dissertation at the University of Iowa in Iowa City, Iowa</a>

<a href="https://da.thehistorymakers.org/story/617436">Tape: 4 Wilfred D. Samuels describes the different interpretations of Claude McKay's 'If We Must Die'</a>

<a href="https://da.thehistorymakers.org/story/617439">Tape: 5 Wilfred D. Samuels describes his recruitment to the University of Utah in Salt Lake City, Utah</a>

<a href="https://da.thehistorymakers.org/story/617443">Tape: 5 Wilfred D. Samuels talks about his conference, Looking Back with Pleasure II: A Celebration</a>

<a href="https://da.thehistorymakers.org/story/617445">Tape: 5 Wilfred D. Samuels describes his hopes and concerns for the African American community</a>

<a href="https://da.thehistorymakers.org/story/617446">Tape: 5 Wilfred D. Samuels describes how he would like to be remembered</a>

Deval Patrick was born in Chicago, Illinois on July 31, 1956. His father, a musician, left the family while Patrick was young. Patrick was raised by his mother near the Robert Taylor Homes on Chicago's South Side. While in the eighth grade, Patrick was recruited into a program called A Better Chance, which provided scholarships to inner city students. After attending an elite private school, Milton Academy outside of Boston, Massachusetts, Patrick was accepted to Harvard University, where he earned his A.B. degree in English and American literature in 1978.

After graduating from Harvard, Patrick was awarded a Rockefeller Fellowship, where he worked for the United Nations, traveling and living in the Sudan. He returned to the United States in 1979, and enrolled in Harvard Law School, and earned his J.D. degree in 1982. After working as a clerk in the U.S. Court of Appeals for the Ninth Circuit in Los Angeles for a year, Patrick moved to New York City and joined the NAACP Legal Defense and Education Fund. There, he met, and filed a lawsuit in a voting rights case against then Governor Bill Clinton He remained with the NAACP until 1986, when he joined the Boston law firm of Hill & Barlow, P.C. as a partner. He continued his civil rights work, and in 1994, President Clinton appointed Patrick to the position of assistant attorney general in charge of the Department of Justice's Civil Rights Division. In this role, Patrick worked to ensure that federal laws banning discrimination were enforced. He also oversaw an investigation into a series of church burnings throughout the South.

In 1997, after three years with the Clinton Administration, Patrick returned to private practice with the Boston law firm of Day, Berry & Howard, where he focused his efforts on major commercial litigation and civil rights compliance issues. Patrick then joined Texaco in 1999 as vice president and general counsel, and in 2001, he became executive vice president, general counsel and secretary to the Coca-Cola Company, where he was responsible for the corporation's worldwide legal affairs. Patrick left Coca-Cola in December of 2004.

Patrick serves on the board of directors of Reebok International, Inc, Coca-Cola Enterprises, and A Better Chance, Inc. He is a trustee of the Ford Foundation, and sits on the board of overseers of Harvard University and the Museum of Fine Arts in Boston. Patrick is also the recipient of numerous awards and seven honorary degrees.

He and his wife, Diane Beamus Patrick, have two children.

To Hew Out Of The Mountain Of Despair A Stone Of Hope. 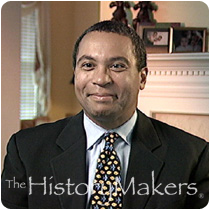 Corporate general counsel and governor The Honorable Deval L. Patrick (1956 - ) was appointed by President Bill Clinton to be assistant attorney general in charge of the Civil Rights Division. Patrick has since served as general counsel to Texaco, as executive vice president, general counsel and secretary to The Coca-Cola Company, and as the 71st governor of the State of Massachusetts.

<a href="https://da.thehistorymakers.org/story/226999">Tape: 3 The Honorable Deval L. Patrick talks about why he chose to leave Chicago, Illinois for high school</a>

<a href="https://da.thehistorymakers.org/story/227015">Tape: 5 The Honorable Deval L. Patrick describes his tenure as a lawyer for the NAACP Legal Defense and Educational Fund, Inc.</a>

<a href="https://da.thehistorymakers.org/story/227035">Tape: 7 The Honorable Deval L. Patrick reflects on the responsibilities for African American leaders whose careers symbolize success and progress</a>

<a href="https://da.thehistorymakers.org/story/227039">Tape: 8 The Honorable Deval L. Patrick describes his hopes and concerns for the African American community</a>

<a href="https://da.thehistorymakers.org/story/227041">Tape: 8 The Honorable Deval L. Patrick reflects upon his legacy</a>