Islands Off The Indian Ocean

This Too Shall Pass. 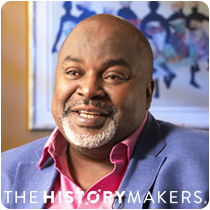 Successful record producer Carl H. Davis was born September 19, 1934, in Chicago, Illinois, where his father was a postal worker. He attended McCosh Elementary School and Englewood High School. He later earned a GED in 1954 and an associate’s degree from Cortez College of Business in 1957.

Davis began his radio career typing play-lists for popular Chicago disc jockey Al Benson on WGES Radio in 1955. He quickly earned a reputation as a “hitpicker.” His success allowed him to join the marketing department of Arnold Distributors. In the early 1960s, Davis managed the Nat label and had a minor hit with “Nite Owl” by the DuKays. In 1962, he became a producer for Okeh Records. There, Davis discovered the legendary Gene Chandler and produced and co-wrote the “Duke of Earl” in 1962 and Major Lance’s “Monkey Time” in 1963. Through his work, Davis created a Chicago sound with upbeat arrangements backed by musicians and arrangers like Johnny Pate and Sonny Sanders. A partnership with Curtis Mayfield resulted in hits for Major Lance, Billy Butler (Jerry’s brother) and Walter Jackson. Meanwhile, Gene Chandler’s “Rainbow,” “Just Be True,” and “Man’s Temptation” were all hits. Davis produced the hit “Dear Lover” for Mary Wells and often hired Motown’s Funk Brothers band. Davis was then hired by Brunswick Records where he produced Jackie Wilson’s “Higher and Higher” and Barbara Acklyn’s “Love Makes A Woman.” After forming Atlantic’s Dakar Records, he produced the Chi-Lites and Tyrone Davis’ “Turn Back the Hands of Time” and “Can I Change My Mind.”

Davis had eight grandchildren, lived in Chicago and managed his own record label, Chi-Sound, until 2012. 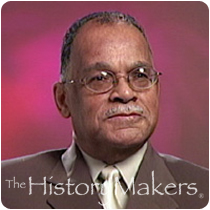 Tape: 1 Story: 5 - Carl Davis talks shares a story about his father's last name, and being born as Carl Adams

Tape: 1 Story: 6 - Carl Davis describes why his family moved from Louisiana to Chicago, Illinois and where he falls in the family

Tape: 1 Story: 8 - Carl Davis describes the sights, sounds and smells of growing up in Chicago, Illinois

Tape: 1 Story: 11 - Carl Davis talks about his teachers and his favorite subjects in school

Tape: 2 Story: 2 - Carl Davis remembers having trouble with the police in Shreveport, Louisiana

Tape: 2 Story: 5 - Carl Davis describes discovering the band, the Dukays, and encouraging the lead singer to change his name and go solo

Tape: 3 Story: 1 - Carl Davis talks about the success of the record, 'Duke of Earl'

Tape: 3 Story: 7 - Carl Davis describes the personalities of the artists he worked with

Tape: 5 Story: 2 - Carl Davis talks about different musicians who recorded at his studio and two of his brothers

Tape: 5 Story: 5 - Carl Davis considers what he would have done differently

Tape: 5 Story: 6 - Carl Davis describes how he would like to be remembered