Radio station manager Jerry J. Rushin was born on May 21, 1947 in the State of Georgia. When he was a child, his family moved to Ft. Lauderdale, Florida, where he was raised. Rushin’s father was a truck driver; his mother, a part-time housekeeper. Rushin attended Dillard High School and enlisted in the U.S. Army after graduation where he served for three years, including a two-year tour in Vietnam.

Upon returning from Vietnam, Rushin worked in a furniture store and was promoted to manager. He then enrolled in Lindsey Hopkins Technical Educational Center in Miami, Florida and was hired as a part-time board engineer at WEDR-FM while taking a six-month course in radio broadcasting. In 1973, he became a part-time on-air personality and hosted the “Super Jerry J” show on weekends. Rushin was soon promoted as a full-time radio host and later to program director and sales representative for WEDR in 1975. In 1980, he was appointed general manager of the station, becoming the first African American in South Florida to operate a radio station. While general manager, Rushin increased WEDR’s signal from 16,000 watts to 100,000 watts, and, in 1992, the station became the top rated radio station in the Miami-Ft. Lauderdale area.

In 2000, Cox Media Group purchased WEDR and Rushin was subsequently named vice president and market manager for the corporation’s South Florida radio stations, which included WHQT, WFEZ, WFLC and WEDR. He retired in 2012.

Rushin’s honors include the National Black Programmers Coalition 1995 General Manager of the Year award, the “Living Legend Award” from Black Radio Exclusive, and the Excalibur Award from the Family Christian Association of America. In addition, Rushin served on the board of directors of the Nat Moore Foundation.

Jerry Rushin was interviewed by The HistoryMakers on September 9, 2014. 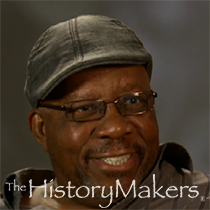 Tape: 1 Story: 9 - Jerry Rushin describes his parents' personalities and who he takes after, pt. 1

Tape: 1 Story: 10 - Jerry Rushin describes his parents' personalities and who he takes after, pt. 2

Tape: 2 Story: 3 - Jerry Rushin describes the sights and smells of his childhood

Tape: 4 Story: 2 - Jerry Rushin talks about appealing to his audience on WEDR Radio

Tape: 4 Story: 8 - Jerry Rushin remembers his conflict with the management of WEDR Radio

Tape: 4 Story: 9 - Jerry Rushin talks about the growth of WEDR Radio during the 1990s

Tape: 5 Story: 1 - Jerry Rushin remembers the changes at WEDR Radio during the 1990s

Tape: 5 Story: 3 - Jerry Rushin recalls the incidents of police brutality that led to the Miami riots of 1980

Tape: 5 Story: 4 - Jerry Rushin talks about the relations between police and the community in South Florida

Tape: 5 Story: 5 - Jerry Rushin talks about the acquisition of WEDR Radio by the Cox Media Group

Tape: 6 Story: 4 - Jerry Rushin talks about his plans for the future

Tape: 6 Story: 7 - Jerry Rushin describes how he would like to be remembered