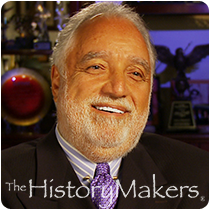 Broadcast entrepreneur Danny Bakewell, Sr. (1946 - ) was the founder and owner of The Bakewell Company, which included among its holdings the New Orleans radio station WBOK and the Los Angeles Sentinel newspaper. He was also president and chief executive officer of the Brotherhood Crusade for over thirty years.