Lawyer and Federal District Court Judge Stephen C. Robinson was born on January 25, 1957 to Yvonne Lee Robinson in the Bedford-Stuyvesant neighborhood of Brooklyn, New York. His mother was a payroll clerk at the Metropolitan Life Insurance Company, and his father was a probation officer. Robinson grew up in a housing project in the Bedford-Stuyvesant neighborhood, and in second grade was bused to predominantly white schools. Robinson graduated from Cornell University in 1981 with his B.A. degree in government. He went on to receive his J.D. degree from Cornell Law School in 1984.

Robinson began his legal career in 1984 as the first black lawyer hired at the law firm of Alexander & Green, a corporate firm based in New York City. He moved on to his first federal position as assistant U.S. Attorney for the Southern District of New York in 1987 working under then U.S. Attorney Rudolph Giuliani. In 1991, Robinson was hired at Kroll Associates, an international private investigations firm, where he became associate general counsel and later managing director. In 1993, he was asked by the director of the Federal Bureau of Investigation to serve as special assistant to the director and general counsel. In 1995, he became counsel and subsequently chief compliance officer for Aetna, Inc. in Hartford, Connecticut. Robinson was then appointed U.S. Attorney for the District of Connecticut, in 1998, by President William Clinton, after being unanimously confirmed by the U.S. Senate. During this time, he also served as interim manager and chief executive officer of Empower New Haven, a non-profit organization, and taught at Yale Law School as a senior research fellow. President George W. Bush appointed Robinson as a federal district court judge in the U.S. District Court of the Southern District of New York in 2003. In 2010, Robinson resigned his position on the bench and joined the law firm of Skadden, Arps, Slate, Meagher & Flom LLP as a litigation partner.

Robinson was recognized by the Department of Justice for Superior Service for his work on the prosecution of U.S. v. Galanis, a securities and tax fraud trial in 1990. In 1997, he was the recipient of the Chairman’s Award while working at Aetna US Healthcare. In 2011, he was named chair of the New York City Bar Association’s Committee to Enhance Diversity in the Profession. Robinson also serves on the board of directors for the Brennan Center for Justice at New York University School of Law, the Cornell Law School Dean’s Advisory Committee, and the board of directors of Fordham Law School’s Louis Stein Center for Law and Ethics. Robinson has one daughter, Victoria.

Stephen C. Robinson was interviewed by The HistoryMakers on July 17, 2014. 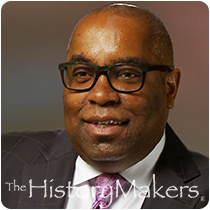 U.S. District Court of the Southern District of New York