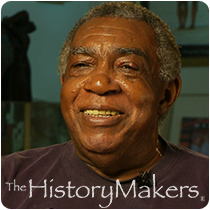 Journalist and author A. Peter Bailey (1938 - ) was a founding member of the Organization of Afro-American Unity and served as a longtime editor for Ebony magazine. He authored Witnessing Brother Malcolm X, The Master Teacher: A Memoir and Harlem: Precious Memories, Great Expectations; and co-author of Revelations: The Autobiography of Alvin Ailey and Seventh Child: A Family Memoir of Malcolm X.