Magazine executive Sheryl Hilliard Tucker was born on July 13, 1956 in Passaic, New Jersey to Arthur and Audrey Hilliard. Interested in writing and journalism early in life, she wrote for the alternative newspaper in her hometown of Rutherford, New Jersey. In 1974, she graduated from Rutherford High School and attended Cornell University in Ithaca, New York, where she created two multicultural publications, Eclipse and Umoja Sasa, and received her B.A. degree in 1978. She then went on to attend Columbia University Graduate School of Journalism and graduated with her M.A. degree in 1982.

In 1977, Tucker interned at Woman’s Day magazine and then was hired by CBS Special Interest Publications as an associate editor to work on a variety of themed publications such as Woman’s Day Guide To Working Woman. In 1982, she was hired as the personal finance associate editor at Black Enterprise, and was promoted to managing editor after a year and a half. Tucker left Black Enterprise in 1987 to work with her husband’s design and advertising firm, Hilliard Tucker Marketing Communications, where she worked for three years. She then returned to Black Enterprise as the magazine’s editor-in-chief and vice president in 1990.

Tucker moved to Money magazine in 1995, where she managed some of the publication’s most important franchises, including the annual Money Summit. She also created a partnership with the National Football League to develop the NFL Rookie Financial Bootcamp. In 2005, as executive editor, Tucker played a key role in the overhaul of Money’s design. In 2006, she was appointed executive editor of Time, Inc.; and, in 2009, became acting editor in chief of Essence magazine. One year later, Tucker transitioned her career into corporate responsibility and philanthropy and re-launched the Time Warner Foundation. In 2014, she was named director of development and marketing for AFS Intercultural Programs.

Tucker has been honored by many organizations, including Glamour magazine, the New York City YWCA Academy of Women Achievers and 100 Black Men of America. She is a member of the Cornell University Board of Trustees, chair of the Gaston Porter Health Improvement Center, and former co-chair of the Time Warner Women’s Network.

She is married to Roger C. Tucker, a private art dealer and educator. They have two adult children, Ara and Alexis, who are both attorneys.

Sheryl Hilliard Tucker was interviewed by The HistoryMakers on April 11, 2014. 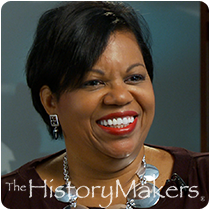 Magazine publishing chief executive Sheryl Hilliard Tucker (1956 - ) was director of development and marketing for AFS Intercultural Programs. She served as editor-in-chief of Black Enterprise and Essence magazines, and as executive editor of Time, Inc.