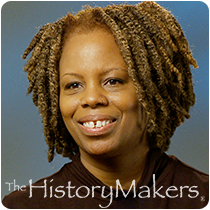 Violinist Regina Carter (1962 - ) is celebrated for her ability to blend musical styles and forms, bringing classical sensibilities to jazz music. She is the recipient of a MacArthur “Genius” Fellowship and was the first African American and jazz musician ever to play the Guarneri Del Gesu, a famous eighteenth-century violin once owned by Niccolo Paganini.

American Base in Munich