Broadcast Journalist Suzanne Malveaux was born December 4, 1966 in Lansing, Michigan to Floyd J. and Myrna Maria Ruiz Malveaux. Her father was a Ph.D. student at the time of her birth and went on to become a prominent physician and professor. Her mother was an early childhood educator. Malveaux cites her parents’ leadership and guidance as key factors in her success in elementary school. She received her B.A. degree in sociology from Harvard University and her M.A. degree in journalism from the Columbia University Graduate School of Journalism. Between her time at Harvard and Columbia, she spent time as an intern in Africa, doing documentary work in Kenya and Egypt where she lived. Malveaux also worked on a documentary about the Great Depression with Henry Hampton, founder of Blackside, Inc.

Malveaux’s first job in television news was as a general assignment reporter for New England Cable News in Boston, Massachusetts. After several years, she took a position reporting local and crime news for NBC affiliate WRC-TV before joining NBC Network News in 1999. She spent six years, three in Washington and three in Chicago, as both a Pentagon correspondent and reporter, covering national stories such as the Kosovo War, the 2000 Presidential Election and the 9/11 attacks. In May 2002, Malveaux joined CNN as a White House correspondent. During the 2004 and 2006 elections, she played a crucial role in the network’s election coverage, helping to earn the station an Emmy Award in 2006. Throughout Malveaux’s ten years as a White House correspondent, she conducted interviews with Presidents Clinton, Bush and Obama. In addition to her work as a reporter, Malveaux served as a panelist during the Democratic presidential primary debate in January 2008 and anchored a 90-minute documentary on then presidential candidate Senator Barack Obama. Also in 2008, Malveaux interviewed former first lady, Hillary Clinton. She also served as the primary fill-in host on "The Situation Room with Wolf Blitzer".

Malveaux’s work at the New England Cable News Network earned her an Emmy award and contributed to the station’s “Best Newscast in Boston” award. Her role in CNN’s coverage of events such as Hurricane Katrina and the Southeast Asia Tsunami disaster helped earn the network both a Peabody Award and an Alfred I. DuPont Award. In 2004, the National Black MBA Association awarded her Communicator of the Year. She was named one of “America’s Most Powerful Players Under 40” by Black Enterprise magazine in 2005 and Journalist of the Year by Essence magazine in 2009. In 2011, Malveaux was promoted to anchor of CNN Newsroom. Throughout her career, Malveaux has traveled the world and interviewed all five living U.S. presidents.

Suzanne Malveaux was interviewed by The HistoryMakers on March 17, 2012. 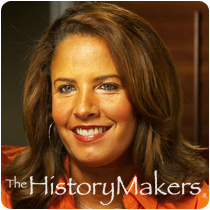 Tape: 1 Story: 8 - Suzanne Malveaux talks about her father's growing up in Louisiana

Tape: 1 Story: 9 - Suzanne Malveaux talks about her father's education and his career

Tape: 1 Story: 11 - Suzanne Malveaux talks about her siblings and her likeness to her parents

Tape: 2 Story: 1 - Suzanne Malveaux talks about her bond with her twin sister

Tape: 2 Story: 6 - Suzanne Malveaux talks about her exposure to the media and black journalists while growing up

Tape: 2 Story: 7 - Suzanne Malveaux describes her involvement in a co-ed Boy Scouts troop while growing up

Tape: 2 Story: 8 - Suzanne Malveaux describes her experience in high school and growing up with a twin sister

Tape: 3 Story: 2 - Suzanne Malveaux talks about traveling with her family as a child and her travels as an adult

Tape: 3 Story: 3 - Suzanne Malveaux talks about the early days of cable television and her interest in dance

Tape: 3 Story: 4 - Suzanne Malveaux talks about her interest in medicine and her decision to pursue a career in broadcast journalism

Tape: 3 Story: 7 - Suzanne Malveaux talks about her teachers and mentors at Harvard University

Author and newspaper editor Wayne Dawkins was born on September 19, 1955, in New York, New York to Iris and Edward H. Dawkins. Both his mother and father were of Jamaican and Panamanian descent. Dawkins became interested in journalism at an early age when his mother sent him to the neighborhood candy store to buy the daily newspaper. His parents also encouraged his reading habit, buying for him and his siblings a set of encyclopedias when he was still very young. As a child, Dawkins attended Benjamin Banneker Elementary in Brooklyn, New York and P.S. 176. He graduated from New Utrecht High School in 1973, located in the Bensonhurst neighborhood of Brooklyn, New York.

In 1977, Dawkins graduated from Long Island University with his B.A. degree in journalism where he was a member of the junior varsity basketball team. After receiving advice from a mentor, he decided to further his education and enroll at Columbia University's School of Journalism where he received a substantial scholarship. Dawkins graduated with his M.S. degree in journalism in 1980 and was hired by the Daily Argus as a reporter where he met his first wife, Joyce Ingram. Afterwards, he moved to New Jersey where he worked for the Courier Post. In 1981, Dawkins attended his first National Association of Black Journalists (NABJ) conference, and several years later he was appointed as regional director. While serving in that position, he witnessed the organization’s growth and was instrumental in the establishment of several of its chapters. After graduating from the School of Journalism, he founded the alumni newsletter Black Alumni Network where he first wrote about the history of the NABJ in 1990. Sparking his interest, the book Black Journalists: The NABJ Story soon followed and was published under Dawkins’s own press company, August Press.

Dawkins has worked as an editor for several newspapers, including the Daily Press in Hampton, Virginia. Deciding to share his skills as a reporter and editor, Dawkins began teaching journalism at Scripps Howard School of Journalism and Communications at Hampton University, in Hampton, Virginia. He has received many awards and honors, including the distinguished Alumni Association Award from Columbia School of Journalism. In 2004, Dawkins was awarded the prestigious Columbia University Alumni Federation Medal, which is the highest honor that can be bestowed upon an alumnus of Columbia University.

Wayne Dawkins was interviewed by The HistoryMakers on August 4, 2005.

Probably The Greatest Gift You Can Give Someone Is The Purity Of Your Attention. 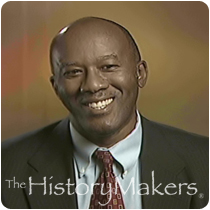 Author and newspaper editor Wayne Dawkins (1955 - ) has written several articles and books, including a book on the history of the National Association of Black Journalists. He also started his own publishing press, August Press, in 1992.

Tape: 1 Story: 7 - Wayne Dawkins recalls his trips to Panama to see his maternal grandparents and their family

Tape: 2 Story: 2 - Wayne Dawkins talks about his mother's first marriage and his step-brother

Tape: 2 Story: 7 - Wayne Dawkins describes how his uncle and Earl Caldwell influenced his interest in journalism

Tape: 2 Story: 9 - Wayne Dawkins talks about growing up on Kosciuszko Street in the Bedford-Stuyvesant neighborhood of Brooklyn, New York

Tape: 3 Story: 5 - Wayne Dawkins remembers some of his teachers from elementary and high school

Tape: 4 Story: 3 - Wayne Dawkins talks about his experience with the Trans-Urban News Service

Tape: 4 Story: 4 - Wayne Dawkins describes enrolling at the Columbia University Graduate School of Journalism and moving into his own apartment in Manhattan

Tape: 4 Story: 5 - Wayne Dawkins talks about his brother's career as a chef

Tape: 4 Story: 8 - Wayne Dawkins talks about the career of his first wife, Joyce Ingram, and reporting for the Camden Courier-Post

Tape: 5 Story: 1 - Wayne Dawkins describes the growth of the National Association of Black Journalists between 1981 and 1989

Tape: 5 Story: 2 - Wayne Dawkins talks about his role as a columnist for the Camden Courier-Post and becoming an assignment editor for the Knight Ridder Newspaper in Gary, Indiana

Tape: 5 Story: 5 - Wayne Dawkins talks about the growth of the August Press and writing his second book about the National Association of Black Journalists

Tape: 5 Story: 7 - Wayne Dawkins talks about building the infrastructure of the National Association of Black Journalists

Tape: 5 Story: 8 - Wayne Dawkins talks about the history of the Unitarian Universalist Church