News correspondent and anchor Michelle Miller Morial was born on December 8, 1967 in Los Angeles, California. She graduated from Howard University in 1989 with her B.A. degree in journalism. Morial went on to receive her M.A. degree in urban studies from the University of New Orleans in 1997.

In 1988, Morial interned for The Minneapolis Star-Tribune, and then “ABC News Nightline” in Washington, D.C. As a reporter for the Los Angeles Times from 1989 to 1990, she wrote articles that appeared in the “South Bay” and “Valley” sections. Following a two-and-a-half year stint as a general assignment editor, producer and news reporter for the Orange County Newschannel in Santa Ana, California, Morial moved to Columbia, South Carolina in 1993, where she continued working as a news reporter as well as being named anchor of the “Weekend Morning News” at WIS-TV.

In 1994, Morial moved to New Orleans, Louisiana, where she served as a news reporter and weekend anchor at WWL-TV, a CBS-News affiliate. She then moved again in 1997 to host “The Early Edition.” From 1998 to 2001, Morial served as an adjunct professor of journalism and mass communications at Dillard University. In addition, she has lectured at Drew University, Howard University, Wellesley College, Stony Brook University, Southern University at New Orleans, Loyola University, and Louisiana State University. Also, while in New Orleans, she married Marc H. Morial, who was then serving as the Mayor of the City of New Orleans and went on to become President and CEO of the National Urban League, in 1999.

Morial has served as a member of the board of advisors at both the Scripps Howard School of Journalism at Hampton University as well as the School of American Ballet. She has also served on the March of Dimes National Communications advisory council. Morial is a member of the Greater New York City Chapter of the Links, Inc and Jack and Jill of America. A founding member of the Women’s Leadership Initiative for the United Way of New Orleans, she also served as vice president of the YWCA of Greater New Orleans, and as the president of both the Black Journalists Association of Southern California and the New Orleans Association of Black Journalists.

Michelle Miller Morial was interviewed by The HistoryMakers on January 15, 2014.

A setback is nothing but a setup for a comeback. 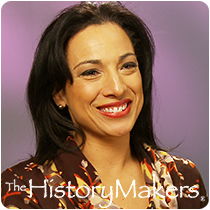