Resturant owner and operator Harold Lewis and his wife, Tina Lewis, have managed twenty McDonald’s resaturant franchises since 1987. Lewis’s father was the sole-proprietor of one of the largest African American-owned contracting firms in Los Angeles, California. Following the death of his father at age seven, Lewis’ and his mother kept the business going along with an uncle.

In 1972, Lewis met his wife, Tina Lewis, while working in the airline industry. Lewis was employed with United Airlines in management positions in sales and human resources; Tina worked as a flight attendant and an in-flight services instructor with United Airlines and Continental Airlines, respectively. In 1982, Lewis and his wife embarked on their first business venture when they purchased a Sir Speedy Printing franchise in Los Angeles. Lewis co-managed the business for four years and assisted in winning a printing contract with the U.S. Olympics Committee. He and his wife sold the Sir Speedy Printing franchise in 1986 and began the process of becoming McDonald’s restaurant franchise owners and operators. In 1987, Lewis and his wife established HRL Group, LLC and opened their first McDonald’s restaurant franchise in Sand Diego, California. From 1987 to 2011, HRL Group, LLC operated twenty McDonald’s restaurants.

Lewis has been a leader in the San Diego County McDonald’s Operators Association. As a community leader, he has contributed numerous hours and resources to a variety of community organizations and causes. In 1993, Lewis and his wife founded The African American Visionary and Inspirational Leaders (AVAIL) Scholarship Program, which has awarded more than $550,000 to graduating high school seniors in the San Diego County. In addition, Lewis and his wife have provided scholarships through the Trumpet Foundation in Atlanta, Georgia.

The McDonald’s Corporation has recognized Lewis’ contributions by bestowing upon him the distinguished “Ronald Award” which honors operators for outstanding service to the community. Lewis is also a recipient of the McDonald’s “Outstanding Store Award,” one of the companies highest regarded achievements.

Harold Lewis was interviewed by The HistoryMakers on November 23, 2013. 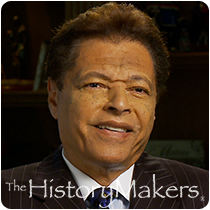