Circuit court judge and attorney Arnette R. Hubbard was born in Stephens, Arkansas. Hubbard graduated with her B.S. degree from Southern Illinois University at Carbondale. She went on to receive her J.D. degree in 1969 from the John Marshall Law School in Chicago, Illinois.

Hubbard was an official U.S. observer to the 1994 historic elections in South Africa in which Nelson Mandela won the presidency. The following year, President Clinton appointed her to the U.S. Presidential Observer Delegation for the parliamentary and local elections in Haiti. In 1997, Hubbard began a six-year term as a circuit court judge. She began her term in the First Municipal District, but in 2001, Cook County Chief Judge Timothy C. Evans assigned her to the Law Jury Section of the Law Division. In 2004, Hubbard retained her seat, and that same year, she helped create and served as vice-chair of the Illinois Commission on the 50th Anniversary of Brown v. Board of Education.

Hubbard has served on the Election Authority Advisory Committee of the State Board of Elections of the State of Illinois, as well as the executive committee of the International Association of Clerks, Recorders, Election Officials, and Treasurers. She has received the Clarence Darrow Award in recognition of her contributions to social justice. In 2000, Hubbard received the Obelisk Award for education and community service. In 2001, she became the first woman inducted into the Scroll of Distinguished Women Lawyers by the National Bar Association in commemoration of the twentieth anniversary of her presidency of that organization. Hubbard also received the Margaret Brent Distinguished Achievement Award from the American Bar Association in 2009.

Arnette Hubbard was interviewed by The HistoryMakers on April 30, 2003. 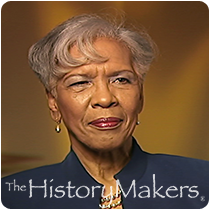 Chicago Board of Election Commissioners

Tape: 1 Story: 4 - Arnette Hubbard talks about her father, who passed away when she was a toddler

Tape: 1 Story: 6 - Arnette Hubbard describes the sights, sounds, and smells of her childhood