Medical director Vivian W. Pinn was born in 1941 in Halifax, Virginia. She grew up in Lynchburg, Virginia. Pinn received her B.A. degree from Wellesley College in 1963. She earned her M.D. degree from the University of Virginia School of Medicine in 1967 where she was the only woman and only minority in her class. Pinn completed her residency in pathology at the Massachusetts General Hospital in 1970 while also serving as a teaching fellow at the Harvard Medical School

In 1970, Pinn joined Tufts University as assistant professor of pathology in the School of Medicine and the Tufts New England Medical Center Hospital, with a concurrent appointment as the Assistant Dean for Student Affairs. In 1982, she moved to Washington, D.C. where she served as a professor as well as the third woman and first African American woman appointed to chair a department of pathology in the U.S. while at Howard University College of Medicine. Pinn became the first director of the Office of Research on Women’s Health (ORWH) in the Office of the Director at the National Institutes of Health (NIH) in 1991. In February of 1994, she was named associate director for Research on Women’s Health at NIH. While there, Pinn completed a national initiative to reexamine priorities for the women’s health research agenda, as well as areas in need of research. This new strategic plan for the coming decade, Moving into the Future with New Dimensions and Strategies: a Vision for 2020 for Women’s Health Research, was presented publicly at the 2010 NIH Scientific Symposium and the celebration of the 20th anniversary of the ORWH. She also served as co-chair of the NIH Working Group on Women in Biomedical Careers.

In 1989, Pinn was elected as president of the National Medical Association after serving in many other capacities including as Speaker of the House of Delegates and Trustee. The UVA School of Medicine established the Vivian W. Pinn Distinguished Lecture in Health Disparities, and further honored her in 2010 by naming one of its advisory colleges for medical students in her name, the Vivian Pinn College of UVA. In 2011, she received the Tufts University School of Medicine Dean’s Medal. Pinn was elected as a fellow of the American Academy of Arts and Sciences and of the Institute of Medicine. Pinn has also been elected as an Honorary Fellow of the New York Academy of Medicine, and received the Academy Medal for Distinguished Contributions in Health Policy.

University of Virginia School of Medicine

I appreciate and encourage self confidence, but I despise arrogance. 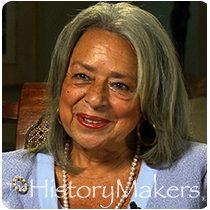 Medical director Dr. Vivian Pinn (1941 - ) the third woman and first African American woman appointed to chair a department of pathology in the U.S. while at Howard University College of Medicine, served as founding director of the Office of Research on Women’s Health in the Office of the Director at the National Institutes of Health (NIH) and as associate director for Research on Women’s Health at NIH.