Presidential appointee and public policy professor Edwin Dorn was born on March 26, 1945 in Crockett, Texas to parents Edgar and Mary Dorn. Dorn attended Jack Yates High School in Houston, Texas, and in 1967, graduated Phi Beta Kappa from the University of Texas at Austin. He studied in England on a Fulbright Fellowship, received his M.A. degree from Indiana University, and completed his Ph.D. degree in political science at Yale University in 1978. He also spent two years on active duty as a captain in the U.S. Army, stationed in Germany.

In 1993, President William J. Clinton nominated, and the U.S. Senate confirmed Dorn for the senior Department of Defense position of Assistant Secretary of Defense for Personnel. A year later, he was nominated and confirmed as the Under Secretary of Defense for Personnel and Readiness. From 1997 to 2005, Dorn served as dean of the Lyndon B. Johnson School of Public Affairs at the University of Texas at Austin, where he oversaw the creation of several new programs and set a record for fund-raising. He continues to teach at the University of Texas as a professor of public policy.

Dorn’s major publications include Rules and Racial Equality (Yale University Press) and Who Defends America (Joint Center Press). He also is the author of dozens of articles, reports, and opinion pieces. He was an advisor to two public television series: Congress: We The People, and Eyes on the Prize: America’s Civil Rights Years, and a commentator on National Public Radio’s “Tell Me More,” hosted by Michel Martin.

Dorn serves as a trustee of the Kettering Foundation, the Institute for Defense Analyses, and the Seton Family of Hospitals. In 1998, he was named a Distinguished Alumnus of the University of Texas at Austin.

Edwin Dorn was interviewed by The HistoryMakers on February 2, 2013.

The Arc Of The Moral Universe Is Long, But It Bends Toward Justice. - Reverend Dr. Martin Luther King, Jr. 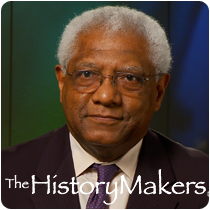 Presidential appointee and public policy professor Edwin Dorn (1945 - ) was the former Under Secretary of Defense for Personnel and Readiness under President William J. Clinton, and the Dean of the Lyndon B. Johnson School of Public Affairs at the University of Texas at Austin.

Secretary of Health, Education and Welfare