Pastor and civil rights activist Wyatt Tee Walker, also known as “The Harlem Preacher,” was born on August 16, 1928 in Brockton, Massachusetts to John Wise and Maude Pinn Walker. He attended primary and elementary schools in Merchantville, New Jersey and went on to attend Virginia Union University in Richmond, Virginia, where in 1950 he earned his B.S. degree in Chemistry and Physics, magna cum laude. He remained at Virginia Union and attended the Graduate School of Divinity, where he received his M.A. degree in 1953. Walker was heavily involved with the Civil Rights Movement as president of his local NAACP chapter and state director of the Congress of Racial Equality. He met Dr. Martin Luther King, Jr. at an interseminary meeting, forging a connection that continued until Dr. King’s assassination in 1968.

Walker, together with Dr. King, founded the Southern Christian Leadership Conference (SCLC) in 1957; he served as the organization’s third Executive Director in 1960 and helped Dr. King organize the March on Washington for Jobs and Freedom. In 1964, Walker left the SCLC and worked as a marketing specialist for the Negro Heritage Library, which aimed to make African American history a more integral part of the revisionist school curricula. Three years later, Walker became the Senior Pastor of Canaan Baptist Church in Harlem, New York City, where he would serve for thirty-seven years. At Canaan Baptist, Walker reenergized the music program, leading it down a new path to several choral albums. In 1975, he earned his D.Min. degree from the Colgate-Rochester Divinity School, where he wrote his dissertation on the music of the black religious tradition. The urban affairs liaison for New York Governor Nelson A. Rockefeller, Walker served on the National Committee on the American Committee on Africa, which brought many African leaders to the Canaan Baptist Church, including Nelson Mandela. He concerned himself deeply with the apartheid struggle in South Africa as founder of the Religious Action Network of the American Committee on Africa in 1988.

Walker was a published author of many essays, including “The Soul of Black Worship: A Trilogy – Preaching, Praying and Singing” in 1984. He was named as one of Ebony magazine’s “15 Greatest Black Preachers” in 1993. After experiencing four cerebral strokes in 2002 and 2003, Walker retired from his post at Canaan Baptist Church and moved to Chester, Virginia with his wife Ann in 2004. After his retirement, he continued to speak and make appearances and was honored with induction into the International Civil Rights Walk of Fame at the Martin Luther King, Jr. National Historic Site in Atlanta, Georgia. 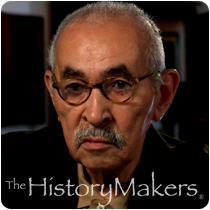 <a href="https://da.thehistorymakers.org/story/137079">Tape: 1 Reverend Dr. Wyatt Tee Walker recounts how he grew the membership and budgets of the NAACP, SCLC, and the Petersburg Improvement Association in Virginia</a>

<a href="https://da.thehistorymakers.org/story/137090">Tape: 2 Reverend Dr. Wyatt Tee Walker remembers where he was during the Reverend Dr. Martin Luther King, Jr.'s 1968 assassination</a>

<a href="https://da.thehistorymakers.org/story/137093">Tape: 2 Reverend Dr. Wyatt Tee Walker describes how he would like to be remembered</a>

DATitle
Reverend Dr. Wyatt Tee Walker explains the strategy behind SCLC's 1963 Birmingham, Alabama campaign, Project C
Reverend Dr. Wyatt Tee Walker describes HistoryMakers Reverend Fred Shuttlesworth and Reverend James Bevel
Transcript
Tell us about Project C with SCLC [Southern Christian Leadership Conference].$$[Reverend] Dr. [Martin Luther] King [Jr.] said if we could crack Birmingham [Alabama], we could crack the South. Birmingham was the largest and most racist city in the South. And he told me to develop a plan for attack. And [HM Reverend] Fred Shuttlesworth wanted us to come. And he, it [Alabama Christian Movement for Human Rights] was our strongest affiliate. So I developed Project C, which was accepted by Dr. King's Executive Committee without changing a comma or a period. And that was the plan for attacking segregation in Birmingham. And everybody, expert or naive, would agree that Birmingham was the chief watershed of the nonviolent movement in America, and led directly to the 1964 Civil Rights Act, which had an effect of desegregating America. And I think that was my chief organizational accomplishment, the planning of Project C and executing it.$$Now, what were the key components of Project C? What was supposed to happen?$$Well, using Christian nonviolence as a means of desegregating Birmingham. And the calculation that [Birmingham Commissioner of Public Safety Eugene] "Bull" Conner would do something to help us, and he did.$$Now, what did he do to help?$$Well, his brutality, the water hoses, the dogs and the unsolved bombings.$$So his predictable brutality--$$Yes.$$--basically dramatized--$$Dramatized our struggle.$$Okay. All right. Now, did the--what difference did the media make in all of this?$$They made a tremendous difference because they publicized during the Cold War, that peaceful demonstrations in the South were being attacked by dogs and dosed with water hose, pneumatic water hoses, and while we were trying to influence, spread our influence to the Soviet Union. So we were the counterpoint of international diplomacy. And that helped propel the [Civil Rights] Movement against desegregation into an international issue.$Let me ask you about the, some of the other personalities involved in the [1963] Birmingham campaign [Birmingham, Alabama]. Tell us a little bit about [HM] Reverend Fred Shuttlesworth.$$Bravest man I ever met. Bravest man in the Civil Rights Movement. And they have named the Birmingham airport [Birmingham-Shuttesworth International Airport] after him and erected a statue in Ingram Park, and he deserves all of that because he kept the fires burning in Birmingham, regardless of the brutality they imposed upon the black community. And he never waivered.$$Okay.$$He tried to send his children to integrated schools. They beat him with chains. He's in ill health now, but he's a great person. If it had not been for Shuttlesworth, we would not have won Birmingham.$$Now, what about [HM Reverend] James Bevel and the youth march?$$Well, he organized the children, for the children's march which broke the back of resistance in Birmingham of the mercantile industry. When people saw television pictures of fire hose washing youngsters down the sidewalk in Birmingham, they, they said, this is enough. Segregation must end. And the children's march [Birmingham Children's Crusade] broke the back of resistance in Birmingham.$$Okay--$$And James Bevel was responsible for that.
Subscribe to Religious Action Network