Between Thompson’s first and second years of law school at the University of Pennsylvania, he was drafted into the Vietnam War, where he served for three years. During Thompson’s tenure, he rose to the rank of Captain, serving as Commanding Officer of Headquarters Company and received the Navy Commendation Medal. After returning to the United States, Thompson received his J.D. degree from the University of Pennsylvania Law School and began working as a legal writing instructor.

Between 1971 and 1972, Thompson worked briefly for Davis Polk & Wardwell in New York. Shortly thereafter, he earned his L.L.M. degree in taxation from New York University while working as an assistant and associate professor of law at Northwestern University. In 1976, Thompson published his first book, Pension Reform: How to Comply with ERISA, and served as an attorney advisor in the Office of Tax Legislative Counsel and International Tax Counsel for the U.S. Treasury Department.

In 1977, Thompson joined the faculty at the University of Virginia School of Law until 1981. He then served as the partner-in-charge of the tax department at the law firm of Schiff Hardin & Waite in Chicago, Illinois until 1990, when he joined the UCLA Law School faculty. There, Thompson taught courses on mergers and acquisitions and corporate taxation.

In 1994, Thompson left UCLA’s Law School to become the Dean of the University of Miami School of Law. During his tenure, Thompson created the Center for the Study of Mergers and Acquisitions and transferred it to the UCLA School of Law when he moved back to California in 2003. There, Thompson established the school’s first two endowed chairs, the Center for Ethics & Public Service and the Children and Youth Law Clinic.

Thompson was interviewed by The HistoryMakers on April 17, 2007. 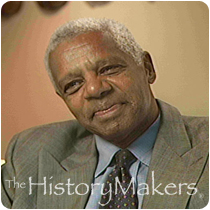 Academic administrator, tax lawyer, and law professor Samuel C. Thompson, Jr. (1943 - ) served as the partner-in-charge of the tax department at the law firm of Schiff Hardin & Waite in Chicago, Illinois. He taught law classes at the University of Virginia, UCLA and served as dean of the University of Miami School of Law.

United Sates Department of The Treasury

<a href="https://da.thehistorymakers.org/story/533219">Tape: 2 Story: 7 - Samuel C. Thompson, Jr. recalls the Wharton School at the University of Pennsylvania in Philadelphia, Pennsylvania</a>

<a href="https://da.thehistorymakers.org/story/533221">Tape: 3 Story: 1 - Samuel C. Thompson, Jr. describes how he came to teach at the Northwestern University Pritzker School of Law</a>

<a href="https://da.thehistorymakers.org/story/533222">Tape: 3 Story: 2 - Samuel C. Thompson, Jr. talks about his interest in mergers and acquisitions</a>

<a href="https://da.thehistorymakers.org/story/533225">Tape: 3 Story: 5 - Samuel C. Thompson, Jr. reflects upon his experiences of discrimination</a>

<a href="https://da.thehistorymakers.org/story/533230">Tape: 3 Story: 10 - Samuel C. Thompson, Jr. describes the Center for the Study of Mergers and Acquisitions</a>

<a href="https://da.thehistorymakers.org/story/533241">Tape: 4 Story: 10 - Samuel C. Thompson, Jr. recalls his departure from the University of Miami School of Law</a>

DATitle
Samuel C. Thompson, Jr. describes his role at the South African National Treasury
Samuel C. Thompson, Jr. recalls his civil rights activities the South
Transcript
Let me ask you about the--you was a consultant to South African president Nelson Mandela at one time?$$Well, I was, I was a consultant to the South African treasury department [National Treasury].$$Okay.$$I, I didn't work directly with Nelson Mandela, but I, but I worked with the, I worked in the Ministry of Finance--$$Okay.$$--for a, for a little over a year, the Ministry of Finance and also the South African Revenue Service--$$Okay.$$--for, for a little over a year.$$And, basically, what you did in just a few words.$$Yeah, I was the tax policy advisor to the, to the, to the Ministry of Finance, and then to the, to the South African Revenue Service. And I helped them with a project to modernize their income tax. And we, we, for example, they, during that time, adopted what's known as a capital gains tax. They did not tax capital gains prior to that time, and they moved to what's known as a worldwide, a modified worldwide system of taxing foreign income, as opposed to the system that they, they previously had, which was a, which was a basically, basically something called a territorial system that did not tax income earned by South Africans out of South Africa, outside of South Africa (simultaneous).$$(Simultaneous) Okay.$$And, and I, those were sort of the principal things I worked on when I was in South Africa.$You've had a long and successful career, and I'm sure you must be very, very proud of it. What I wanted to ask--if there's anything that I may have overlooked in this interview that we could cover at this point?$$Yeah, you know, one of the things I suppose I would mention is that (laughter), I was talking to my wife [Becky Sue Thompson] about this the other day. When I was in law school, my first year of law school, I went with two other people--a white guy and a black lady, down to Mississippi during Christmastime to work on a civil rights project in a place called Leland, Mississippi, a place called tent city, where some sharecroppers had left their sharecropping jobs to work in this, to work in this, to, to work in this--I mean, to, to build a new life for themselves. And we were going down from the University of Pennsylvania [University of Pennsylvania Law School, Philadelphia, Pennsylvania] to help them put up this, this community center. So, we went down and to, to work with them. You know, it was the height of the Civil Rights Movement. My parents [Emmitt Nickens Thompson and Samuel C. Thompson, Sr.] didn't want me to go. They were, you know, frightened.$$Right. What year was this?$$This was in 1965.$$All right.$$This was in December of 1965. They didn't want me to go because of the, you know, fear for what, what might happen.$$Right.$$And I remember as we, as we, we drove, we were driving down to Mississippi. And we stopped--I think, it was in Nashville, Tennessee. And the, we stayed in a black area in a black hotel. And the, you know, the, the, the lady, the black lady didn't have anything romantically to do with either the white guy or myself. But when we stopped in this hotel in, in, in Nashville, they made me and the white lady--me and the black lady--stay in a room. And they put the white lady--put the white guy in another room by himself. And they said, "Now, you, you can be in there, but she can get up, and go into his room after," (laughter), "after we check you in," or something like that. I thought that was awfully funny (laughter). But, but it, you know, when, I remember distinctly when we were, how we felt when we crossed the border into Mississippi, you know, the fear we felt.$$Apprehension then--$$Here, we, you know, a white guy and two--and a black lady and a black man--going to Jackson, Mississippi, or Green- we're going to Greenville, Mississippi, going to stay in Greenville, working on this project, in Leland, Mississippi. We were, we were frightened, we were intimidated.$$Right.$$And I, I was just telling my wife, I was more intimidated driving into Mississippi than I was going to my first assignment in Vietnam as a Marine [U.S. Marine Corps]. And it's, it, it, it--those, those, you know, the people of Mississippi, who, who, who built that system of intimidation, you know, were, were, were doing something very evil.$$Right.$$And it was, and, and, and to do that to people in, in, in, in their own country is just sickening. And, and for, for the federal government to have permitted it to happen is even, is even worse.$$Right, right. I would certainly, certainly--$$So, you know, that's, you know, I, I, just drawing the comparison between, you know, driving, for, for an American citizen to be more frightened driving into Mississippi, than he is going into Vietnam in a combat situation in Vietnam, is just, it's just, you know, it shouldn't be.$$It should, should not be.
Subscribe to Tax Lawyer