Lawyer and real estate executive Richard L. Taylor was born on April 6, 1949 in Montgomery, Alabama to Evelyn Lewis and Franklyn Taylor, Jr. Taylor graduated from Richmond Hill High School in 1967. Taylor went on to attend Boston University, where he became the first Rhodes Scholar in the history of the university. After receiving his B.A. degree in journalism and public communications in 1971, he earned his second B.A. degree in philosophy, politics and economics from Oxford University in 1973. Taylor went on to earn his joint M.B.A. and J.D. degrees from Harvard Law School and Harvard Business School in 1977.

Upon graduating in 1977, Taylor joined Boston Consulting Group as a managing consultant providing strategic planning services to Fortune 500 companies. In 1979, Governor Edward King appointed Taylor to the Massachusetts Bay Transportation Authority (MBTA) Board of Directors and the MBTA Retirement Fund Board. The following year, Taylor was hired as the vice president of development for Fidelity Management and Research (FMR) properties, where he secured rights to Commonwealth Pier and the Commonwealth Flats. From 1985 to 1990, Taylor served as chairman of Taylor Properties, where he developed retail establishments at Orange and Red Line MBTA stations. In 1990, Governor William F. Weld appointed Taylor as secretary of transportation and construction, and chairman of the board of the MBTA. While there, Taylor oversaw the Big Dig project, construction of the Leonard P. Zakim Bridge and the Old Colony commuter rail system, and the reconstruction of Dudley Station Bus Terminal. In 1993, Taylor joined Blue Cross Blue Shield of Massachusetts (BCBSMA) as division vice president of central and western Massachusetts, although he later transitioned to the role of vice president of national accounts. Taylor was named chairman of Taylor Smith Group, LLC in 1999, where he managed the business real estate development and commercial brokerage areas. During his tenure there, the company completed over $300 million worth of project, including the Olympia Tower, Bradford Estates and Douglass Plaza.

In 1990, Taylor was awarded an honorary doctorate degree in engineering technology by the Wentworth Institute of Technology; and in 1992, he received an honorary doctorate degree in public service from Bridgewater State College. Taylor was the founding president of the Minority Developers Association, and has served on the board of higher education for the Commonwealth of Massachusetts and the Boston NAACP, and on the board of directors of the Federal Reserve Bank of Boston. He also served as president of the Boston Ballet and chairman of the Urban League of Eastern Massachusetts.

Taylor and his wife, Kathy Redd Taylor, have two children.

Richard L. Taylor was interviewed by The HistoryMakers on August 15, 2018. 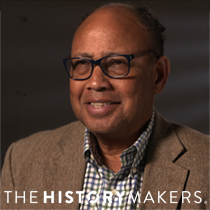 Lawyer and real estate executive Richard L. Taylor (1949 - ) was appointed secretary of transportation and construction and chairman of the board of the MBTA. He also served as chairman of Taylor Smith Group, LLC.