In 1947, Jackson was hired as a mechanic’s helper at the United States Army Depot and would work as a mechanic or driver for the federal government until his retirement twenty-seven years later. Certified as a Lay Parish Associate of the United Methodist Church, Jackson was a member of East Point’s Mallalieu United Methodist Church for over sixty-nine years. Jackson also served as chairperson of the East Point Community Relations Commission; president of Mallalieu United Methodist Men and the Atlanta-College Park District United Methodist Men; president of the South Fulton Boosters Association of East Point; and president of the Gus Thornhill Scholarship Committee. Jackson was member of the East Point Housing Review Board; the Ethnic Minority Local Church Committee; the Department of Political and Human Rights; and the general boards of Laity, Discipleship, Church and Society.

Jackson was a recipient of the East Point Community Relations Distinguished Service Award in 1979, and both the George C. Burnett Citizen of the Year Award, and a life membership in the United Methodists Men in 1984. In 1996, the United Methodist Church’s Atlanta-College Park designated an official James L. Jackson Day. In 2002, East Point Mayor Patsy Jo Hilliard announced the opening of the James L. Jackson Pedestrian Community Foot Bridge, which spans two hundred ten feet and crosses six railroad tracks and the MARTA Line.

Jackson has had two children and five grandchildren with his wife, Gladys Phillips Jackson.

Be The Best At What You Can Be Where You Are And Give It All You Got. 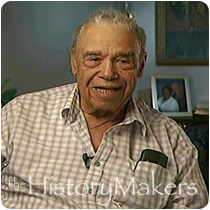 Tape: 1 Story: 7 - James L. Jackson describes his parents' and grandparents' personalities and who he takes after

Tape: 2 Story: 5 - James L. Jackson describes the bicycle he bought as a child

Tape: 3 Story: 7 - James L. Jackson describes his furlough in Switzerland as a sergeant

Tape: 4 Story: 8 - James L. Jackson recalls he and his wife dealt with gossip

Tape: 6 Story: 2 - James L. Jackson explains why he agreed to be interviewed by The HistoryMakers

Tape: 7 Story: 8 - James L. Jackson describes how he would like to be remembered

Aim High, Reach For The Stars, Burn The Midnight Oil, And Give Life Your Best Shot. 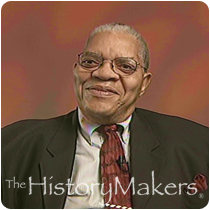 Tape: 4 Story: 7 - Samuel DuBois Cook remembers the Brown vs. Board of Education of Topeka decision

Tape: 7 Story: 1 - Samuel DuBois Cook reflects upon his stance on the Vietnam War

Tape: 9 Story: 1 - Samuel DuBois Cook describes how he would like to be remembered

DATitle
Samuel DuBois Cook recalls meeting Dr. Benjamin E. Mays
Samuel DuBois Cook remembers becoming president of New Orleans' Dillard University
Transcript
So (simultaneous)--$$(Simultaneous) And after having Dr. [Benjamin] Mays, you know, I was going to Morehouse [College, Atlanta, Georgia].$$Describe meeting Dr. Mays. How did you meet him and what were the circumstances?$$Now, that I can answer. On the tobacco farm. And it would have a Morehouse faculty and so forth there as supervisors and they would come up. Every summer, Dr. [B.R.] Brazeal who at that time was dean, whose daughter [Aurelia E. Brazeal] is now an ambassador to Ethiopia and so forth. (Unclear) B.R. Brazeal, distinguished economist who got a Ph.D. from Columbia University [New York, New York]. He would always come up in the summer and make a tour of all the tobacco farms that I mentioned and some that I didn't mention to see if everything was all right, and you know he was the kind of diplomat in residence temporarily. Dr. Mays would also come up to visit, so he came up to--I was at Hartman Brothers [sic. Hartman Tobacco Company] in Hazardville, Connecticut and Dr. Mays came up to visit the--his students and so forth and watch, and Dr. Mays was a great competitor, he jumped out there and was picking tobacco and so forth, but to Dr. Mays--I said and he spoke to us and I remember to this day the kind of suit and he became, not only my mentor, and when I came back to Atlanta University [Clark Atlanta University, Atlanta, Georgia] to teach, but a good friend. I, I came, I was very close to him. In fact, I guess the biggest honor in my life and the most difficult task I've ever been assigned was he asked me to deliver the eulogy when he died and so forth. And when he wrote his book, 'Born to Rebel: [An Autobiography,' Benjamin E. Mays] he asked me to write the introduction and so forth. So he became just my idol, and that's why I said I think about him you know quite often. And, but I remember the suit Dr. Mays had on when, when I met him and he was going down into tobacco farm with that fine suit and so forth. But that's how I met Dr. Mays on the tobacco farm, and there's a famous pediatrician here, a Morehouse grad, Dr. Otis W. Smith. You might have interviewed him along with Dr. Clinton W. Warner [sic. HistoryMaker Clinton Warner]. And one summer, Dr. Smith and I were asked to stay on the tobacco farm two extra weeks--after all the other guys had gone, some two hundred or more had left, and we stayed there and took care of the farm, closed everything down. We were just glad for the opportunity, stay there and made some extra money and so forth. Now, he's a wealthy physician, millionaire, and he retired and, and so forth. But that's story amazing and about how I met Dr. Mays (unclear).$$Okay.$$And we became very (unclear) very good friends and when I came to Atlanta University to teach in 1956, he was in Hughes Hall, his office was down that way, mine was over here and Dr. Clements [Dr. Rufus E. Clement] was over there so, and we developed this, you know, and I saw him all the time.$Well, getting back to--now in 1974 now what happened, is this when you went to Dillard [University, New Orleans, Louisiana]?$$Yeah, 1974 is when I made the most difficult decision in my life to leave Duke [University, Durham, North Carolina] because I had planned to retire there. We had a wonderful home and we had wonderful friends and all of that, but I had to--and when Duke, not Duke, when Dillard inquired about my interests, I said, "No." I wasn't interested. They called me back in two or three months and I said, "I'm not interested. I'm committed to teaching," which is true. You know I always felt that teaching is so much more divine, and Morris R. Cohen said, than administration. I wasn't interested in being anyone's administrator (unclear). So what I didn't know was that my saying no to them accentuated their interest in, in me. They said we want someone who is not seeking the position and doesn't want it and so forth. So that is when on for some eight months and so forth before I considered even talking to them about it, and then seeing the thing and all that. Then finally talked to me about it at Duke and I was impressed, but then I went on that campus, beautiful campus and the you know the sadness now of [Hurricane] Katrina and how it destroyed, devastated the campus and I'm told, I haven't seen it. But one morning, you know they had a great architecture and beautiful greening campus. I went on that campus--and a beautiful day really--and I got a flashback of Dr. [Benjamin] Mays, Benjamin Elijah Mays, my great mentor at Morehouse [College, Atlanta, Georgia], I saw him on that campus at Morehouse, dashing from his office, from his home to his office it hurt, and I said to me, "You know, I said if I can do one-tenth for the students at Dillard that Dr. Mays did for us at Morehouse then I know that my living will not be in vain," and that changed my mind on it. When I got back to Atlanta [Georgia], I told Dr. Mays, I said, "Dr. Mays, you tricked me." He said, "What happened? You talking differently now than you talked back then." I said, "You tricked me," I said, "That flashback." And it's true. When I saw that flashback of Dr. Mays walking on the Morehouse campus, that's when I said, "Yes, sir," you know, "if you elect me president, I'll accept."
Subscribe to Griffin