Academic administrator and cellist Ronald A. Crutcher was born on February 27, 1947 in Cincinnati, Ohio to Andrew and Burdella Crutcher. Crutcher graduated from Woodward High School in 1965, and went on to attend Miami University of Ohio, where he received his B.M. degree in 1969. He earned his M.M.A. degree from the Yale School of Music in 1972. Crutcher received a Fulbright Fellowship in 1972 to study in West Germany until 1977. In 1979, he became the first cellist to receive a D.M.A. degree from the Yale University School of Music.

Crutcher debuted at Carnegie Hall in 1985. He also performed around the world with a number of groups, including the Cincinnati Symphony Orchestra, the Springfield Symphony Orchestra, the Greensboro Symphony Orchestra, the Klemperer Trio, and the Chanticleer String Quartet. In addition to his music career, Crutcher worked as an educator and school administrator. Crutcher was head of the string program at Wittenberg University School of Music from 1977 to 1979. He was then hired as an assistant professor of Music at The University of North Carolina at Greensboro, and was promoted to coordinator of the string area of their School of Music in 1984. In 1989, Crutcher became the associate vice chancellor for academic affairs. In 1990, he joined the Conservatory at The Cleveland Institute of Music as a vice president for academic affairs and dean. He became the director of the Butler School of Music at the University of Texas – Austin in 1994. In 1999, Crutcher was hired as the provost and executive vice president for academic affairs at his alma mater, Miami University of Ohio. In 2004, he was hired as president and professor of music at Wheaton College. In 2016, Crutcher became the first African American president of the University of Richmond.

Crutcher co-founded Liberal Education and America’s Promise (LEAP) within the Association of American Colleges and Universities, where he also served on the board. He also served on numerous community and corporate boards including the board of the American Council on Education, The Fulbright Association, and multiple boards for symphonies and music associations. Crutcher has received various awards and honors for his work in higher education and music including honorary doctorates from Muhlenberg College, Colgate University, and Wheaton College. Crutcher has also received the Presidential Medal of Honor from the University of Cordoba in Spain, The Cultural Excellence Award from The Cleveland Music School Settlement, and a Certificate of Merit from the Yale School of Music Alumni Association.

Crutcher and his wife, Betty Neal Crutcher, have one daughter, Sara.

Ronald A. Crutcher was interviewed by The HistoryMakers on December 6, 2016.

I've been terrified all of my life but thats never stopped me. 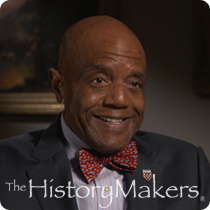 Academic administrator and cellist Ronald A. Crutcher (1947 – ) was the first cellist to receive a D.M.A. degree from the Yale University School of Music. He also served as president of Wheaton College before becoming the first African American president of the University of Richmond.

The Cleveland Inst. of Music

The University of North Carolina at Greensboro

The Bonn School of Music (Germany)

Retired Cleveland Orchestra cellist Donald White was a native of Richmond, Indiana. The middle of seven children, White started playing the cello when he was sixteen. After he was drafted into the United States Navy in 1943, White played bass tuba and peckhorn in the Navy band while continuing his cello studies; after leaving the U.S. Navy, he earned a music degree at Roosevelt University in Chicago.

After a successful audition with Maestro George Szell, White was invited to join the Cleveland Orchestra in 1957; he was the first African American member of the orchestra. Before his retirement in 1995, White enjoyed a successful career with the orchestra, performing at Severance Hall in Cleveland and other venues throughout the world. 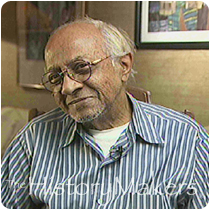 Cellist Donald White (1925 - 2005 ) was the first African American member of the Cleveland Orchestra. After being hired by Maestro George Szell, he played with the orchestra for almost forty years.

Tape: 1 Story: 10 - Donald White recalls his mother sending him a cello while he was training with the U.S. Navy

Tape: 1 Story: 12 - Donald White talks about his experiences in the U.S. Navy during World War II

Tape: 1 Story: 13 - Donald White talks about his involvement with music while serving in the U.S. Navy during World War II

Tape: 2 Story: 2 - Donald White talks about his mother's support for his musical endeavors

Tape: 2 Story: 9 - Donald White remembers his opportunity to audition with George Szell for the Cleveland Orchestra and Musical Arts Association

Tape: 3 Story: 7 - Donald White reflects upon his retirement from the Cleveland Orchestra in 1995