In 1976, Harrell and high school friend, Alonzo Brown, formed the hip hop duo, Dr. Jeckyll and Mr. Hyde; and in 1980, they signed with Tayster and Rojac Records in Harlem. They released several hit songs including “Genius Rap,” “Fast Life,” and “AM/PM” as well as the 1984 album, The Champagne of Rap. Harrell left Lehman College during his junior year to work as an account executive at the gospel station WWRL. A year later, he joined the local radio station WINS. In 1983, Harrell began working for Russell Simmons at RUSH Management, and within two years, he became the vice president and general manager, helping to launch the careers of Run-DMC, LL Cool J, and Whodini. In 1986, Harrell founded his own record label, Uptown Records, where he worked with Heavy D. & The Boyz, Al B. Sure, Notorious B.I.G., Guy, Jodeci, McGruff, Sean Combs, Lost Boyz, and The Gyrlz. He also worked with Mary J. Blige, releasing her debut album, What’s the 411?, with Uptown in 1992. That same year, Harrell accepted a multimedia deal with MCA Music Entertainment Group. He also served as the executive producer of Fox’s hit crime television show, New York Undercover, which aired from 1994 to 1998, and as executive producer of several films, including Strictly Business in 1991, and Honey in 2003. Harrell became the chief executive officer of Motown Records in 1995, where he oversaw the careers of Stevie Wonder, Diana Ross, and Queen Latifah. Harrell also founded Nu Records, and served as an executive producer on Robin Thicke’s and Pharrell William’s 2013 hit song “Blurred Lines.” In 2013, Harrell became the vice chairman of Sean Combs’ multimedia company, Revolt TV Network.

In 2009, Harrell received a Cultural Excellence Award from the National Action Network. He was also the recipient of BET’s Culture Creators Award in 2016.

Spring - May In New York 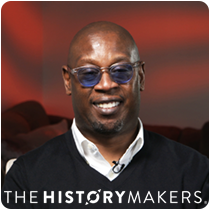 Producer and record executive Andre Harrell (1960 - ) founded Uptown Records, and served as the president and chief executive officer of Motown Records, before becoming the vice chairman of Revolt TV Network.

Music executive Patricia Cosby was born on February 9, 1944 to Willie Thompson and Meomi Seay Thompson. She graduated from Northwestern High School in Detroit, Michigan in 1961 and attended Detroit Business Institute.

In 1962, Cosby began working at Motown Records in Detroit, Michigan. She began working as a switchboard receptionist and was promoted to tape librarian under the supervision of Frances Heard Maclin, the first assistant in the tape library. Cosby later became an album coordinator. At Motown, Cosby met her husband, Hank Cosby. Her husband produced hits such as “The Tears of a Clown” and “My Cherie Amour.” In 1972, Cosby and her husband, moved to Los Angeles, California when the company relocated. In 1974, Cosby earned songwriting credits for two songs on the Blood, Sweat, & Tears album, Mirror Image. The songs are titled “Tell Me That I’m Wrong” and “Love Looks Good On You (You’re Candy Sweet),” with the album reaching 149 on the Billboard Pop Album chart. Cosby left Motown Records and in 1985, she secured a position with Embassy Pictures as a procurement coordinator, working under television producer Norman Lear. After two years at Embassy Pictures, she moved back to Detroit in 1987 and later worked for the health insurance company, Cigna in 1990. Cosby served as a contracting manager and retired from her position at Cigna in 2005.

In 2002, her husband, Hank Cosby, passed away, with over 300 mourners at his funeral, Stevie Wonder, Rance Allen and Jennifer Fouche sang at his funeral. In 2006, Hank Cosby was posthumously inducted into the Songwriters Hall of Fame. Cosby was also a member of the Motown Historical Museum and the Heroes and Legends Scholarship Foundation.

Patricia Cosby had two children with and her husband, Henry Cosby: Henry Cosby, Jr., and William Cosby. Her husband Henry Cosby, also had another son, Kevin Cosby, from a previous marriage.

Patricia Cosby was interviewed by The HistoryMakers on October 17, 2017.

If It Feels Good, Do It 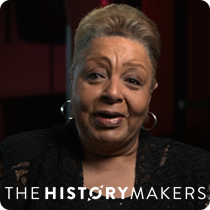 Music and entertainment executive Michael Mauldin was born in Murphy, North Carolina in 1953. Mauldin began his musical career in the late 1960s and early 1970s when he started as a musician playing with the racially integrated band, the Other Side. After briefly attending DeVry Institute of Technology, Mauldin moved to Atlanta, Georgia where he married and had a son, Jermaine.

In 1975, Mauldin received his first break in the music industry when the funk band, Brick, needed a van to haul their equipment to a gig in North Atlanta. After helping Brick with his van, Mauldin was hired by them as their stage manager and later he became their production manager. In the mid-1970s, he began working tours which involved many R&B and Funk band acts such as: the Bar Kays, LTD and others. Through this work, Mauldin decided to start the touring company, MTM Roadwork’s (Making Tours Move) that provided staff and crews for groups such as: Sister Sledge, Cameo and the SOS Band.

In 1984, 1985 and 1986, Mauldin produced the New York City Fresh Festival where his son, Jermaine Dupri was the opening act. The Festival featured rap pioneers: Whodini, Kurtis Blow, Run DMC and the Fat Boys, and in the late 1980s, he honed his production and tour management skills with R&B artists: Cameo, Luther Vandross and Anita Baker and formed an artists management group. Through the management group, Mauldin helped spearhead the musical careers of: Arrested Development, Kris Kross, Da Brat and Xscape. In 1995, Mauldin served as the President of Columbia Records Black Music Division while simultaneously holding the position of Senior Vice President of Columbia Records Group which included joint venture deals with Ruffhouse Records, So So Def Records and Trackmasters.

In 1999, Mauldin left Columbia Records and moved back to Atlanta to work with his son at So So Def Recordings, and he founded the Artistic Control Group. The Artistic Control Group is a small Atlanta based entertainment firm which includes the Mauldin Brand Agency. The firm also has a music publishing component and a tour management division. In 2002, Mauldin was the executive producer for the film, Like Mike starring rapper Bow Wow. Mauldin is currently working with NASCAR to help penetrate the urban market place and has a deal to produce a motorsports inspired apparel line aimed at the crossover market which he refers to as, “the Fast Life.” Mauldin also runs a non-profit organization called Hip Hop 4 Humanity (HH4H), which he founded after the 9/11 attacks.

Mauldin was interviewed by The HistoryMakers on September 12, 2007.

The World Is A Ghetto. 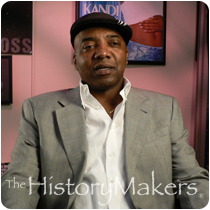 Entertainment manager and record executive Michael Mauldin (1953 - ) became the first African American president of the black music division for Columbia Records in 1995. He is owner of his own entertainment firm called Artistic Control Group which includes includes Mauldin Brand Films and the Mauldin Brand Agency.

Tape: 4 Story: 5 - Michael Mauldin remembers the shooting of a friend from college

Tape: 4 Story: 6 - Michael Mauldin describes his experiences at the DeVry Institute of Technology

Tape: 4 Story: 8 - Michael Mauldin talks about the origin of his son's name

Tape: 5 Story: 8 - Michael Mauldin talks about his early experiences in the music industry

Tape: 6 Story: 2 - Michael Mauldin talks about the emergence of hip hop music in the South

Tape: 6 Story: 8 - Michael Mauldin recalls his work with The Reddings

Tape: 6 Story: 9 - Michael Mauldin talks about the music industry in the South

Music producer and executive Steve McKeever was born in Chicago, Illinois. After graduating from St. Ignatius High School, McKeever attended the University of Illinois at Urbana-Champaign, where he graduated in 1982. From there, McKeever attended Harvard Law School where he earned his J.D degree in 1985.

After completing his studies, McKeever was hired by the law firm of Irell & Manella LLP in Los Angeles as an entertainment lawyer. While at Irell & Manella, McKeever helped launch the career of comedian Robin Harris by landing him a role in Spike Lee’s Do the Right Thing. In 1991, McKeever became the senior vice president of artists and repertoire of Motown Records; while there he helped to expand the label's lineup and manage its already burgeoning list of stars. In 1992, McKeever created MoJAZZ Records, a subsidiary of Motown, where he continued to help launch the careers of rising stars. In 1993, McKeever was instrumental in the sale of Motown Records to PolyGram Records; he eventually left Motown to work on his own projects, and in 1998 founded Hidden Beach Recordings (HBR).

Hidden Beach Recordings went on to become a leader in the music industry, representing acts such as R&B performer Jill Scott, saxophonist Mike Phillips, singer Darius Rucker and others. McKeever also introduced a variety of progressive initiatives under the Hidden Beach name, including the College Internship Program, an international effort that provides college students with hands-on music business experience. This program boasts nearly 400 members and has become a model for the entertainment industry.

McKeever served on the boards of directors of several organizations, including the National Association of Recording Arts and Sciences; the Northern Trust DreamMakers Forum; and City of Hope, a Los Angeles-based cancer research foundation. 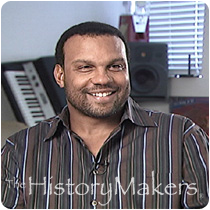 Record executive Steve McKeever (1960 - ) served as the senior vice president of artists and repertoire of Motown Records; during his tenure he created the subsidiary MoJAZZ Records. In 1998 McKeever founded Hidden Beach Recordings.

Tape: 2 Story: 6 - Steve McKeever explains a photograph of him playing a piano on Christmas morning

Tape: 5 Story: 4 - Steve McKeever describes how he measures a record's potential for success

Tape: 5 Story: 5 - Steve McKeever talks about his interest in alternative music and the reception of reggae in the United States

Tape: 5 Story: 6 - Steve McKeever talks about the competitive nature of the music business

Tape: 5 Story: 8 - Steve McKeever talks about the importance of finding the right audience for an alternative artist

Tape: 5 Story: 9 - Steve McKeever considers the mistakes he made as an entrepreneur and what he would do differently

Tape: 5 Story: 10 - Steve McKeever talks about his desire to expand into other forms of entertainment

Tape: 6 Story: 4 - Steve McKeever talks about what his family's response to success of Hidden Beach Recordings

Tape: 6 Story: 7 - Steve McKeever describes how he would like to be remembered