Band leader, nightclub owner, and police chief Lessly “Count” Fisher was born on August 19, 1923 in Canton, Mississippi to Ruby Mosby Fisher and future steelworker Seaser Fisher. Fisher was given the nickname of “Count” by Count Basie. He grew up in the New Edition section of East Chicago, Indiana and attended Calumet Elementary School, Garfield Elementary School, and Columbus School. Fisher graduated from Washington High School in 1941. An accident in the steel mill inspired him to join his cousin, Wallace Hayes playing drums for the Nightsteppers. Fisher, along with childhood friend Jack McDuff, learned to read music from Jesse Evans while working as driver and bodyguard for entertainment businessman, Jake Brennan.

In 1966, Fisher and Eve Rene moved to Grand Rapids, Michigan and performed at the London House as the house band. Eventually, Fisher moved away from show business and took a job as Sheriff’s Deputy for Kent County, Michigan. He was also Idlewild, Michigan’s first chief of police. Fisher and wife, Eve, a retired civil servant, lived in Grand Rapids. Their son, Rodney, is a musician who once portrayed Sir Nose D’Voidoffunk with George Clinton’s Parliament-Funkadelic.

Lessly "Count" Fisher was interviewed by The HistoryMakers on March 10, 2007. 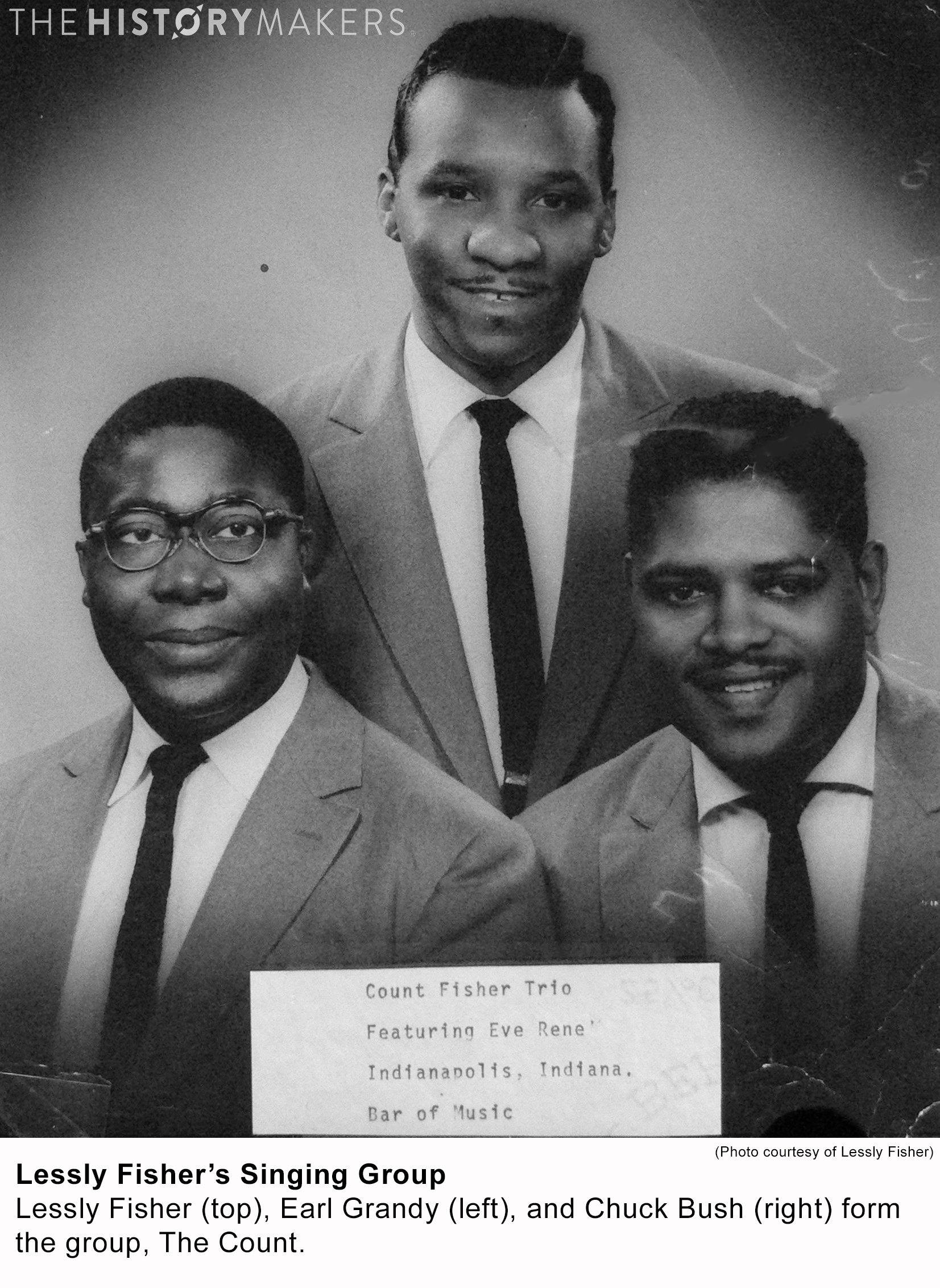 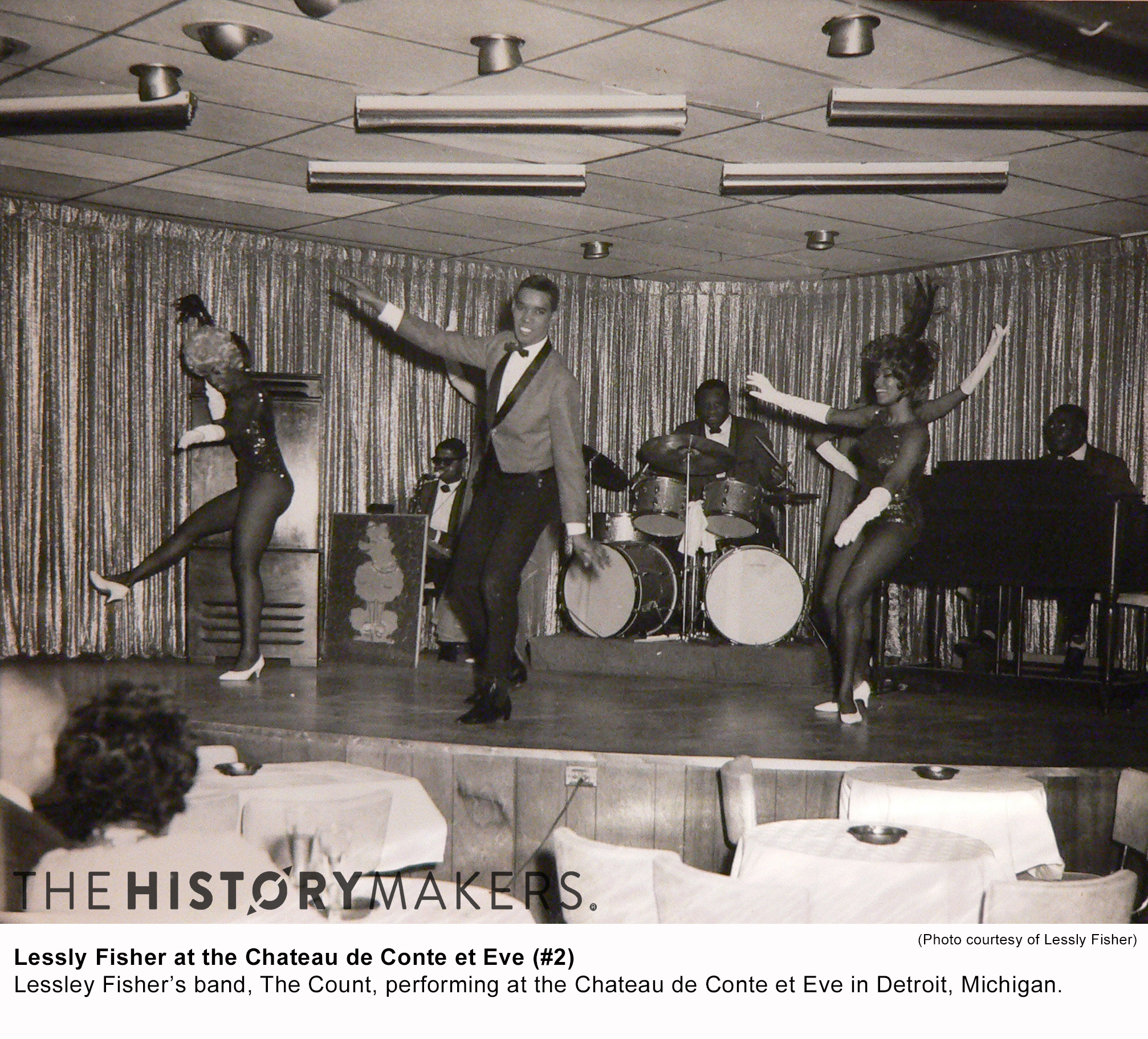 Let There Be Light, And There Was Light. 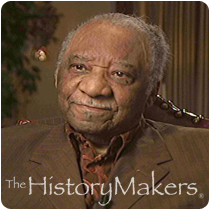 Tape: 4 Story: 8 - Lessly "Count" Fisher recalls his career as the chief of police in Idlewild, Michigan

In 1954, along with teammates Karl Dennis, Bobby Jackson, Paxton Lumpkin, and Shellie McMillon, Brown was part of the DuSable Panthers basketball team, which became the first all-black team to reach the finals of the Illinois state high school basketball championship. The Panthers finished second that season, with their only loss coming in the final game. Following high school, Brown briefly attended Indiana University before transferring to Seattle University; there, he joined basketball legend Elgin Baylor on the court, and Brown’s game winning shot against UCLA in the Elite Eight propelled Seattle to the Final Four in the 1958 NCAA tournament. The following year, Brown was named as an All-American.

Following his graduation from college, Brown played in the Amateur Athletic Union (AAU) on teams in Seattle and Chicago. Following his retirement from basketball, Brown worked as a community relations executive for the Jewel Grocery Corporation. He has since retired, but his passion for basketball remains. In 1994, Brown officiated over the Class AA Illinois state championship game, and the assignment director of referees for the Chicago Public League. In 1995, Lettuce Entertain You and Rich Melman began funding a senior basketball tournament, now known as the Windy City Shootout; Brown served as the president from the beginning of the tournament, which was aimed at players fifty and older from around North America.

Live It, Love It, And Make The Best Of It. 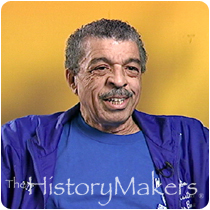 Basketball player and basketball official Charles Brown (1936 - ) was part of the DuSable Panthers basketball team, which became the first all-black team to reach the finals of the Illinois state high school basketball championship. Brown went on to play in the Amateur Athletic Union on teams in Seattle and Chicago, and after his retirement, became the assignment director of referees for the Chicago Public League, and began funding a senior basketball tournament, now known as the Windy City Shootout.

Tape: 1 Story: 5 - Charles Brown talks about his father and lists his siblings

Tape: 2 Story: 1 - Charles Brown describes the sights, sounds and smells of growing up in Chicago, Illinois

Tape: 2 Story: 2 - Charles Brown talks about his early education at home and at Betsy Ross Elementary School in Chicago, Illinois

Tape: 3 Story: 2 - Charles Brown recalls the limited opportunities to play organized basketball as a child in Chicago, Illinois in the 1940s and 1950s

Tape: 3 Story: 3 - Charles Brown recalls his local sports heroes who went on to have professional careers

Tape: 3 Story: 4 - Charles Brown recalls trying other sports such as football and wrestling

Tape: 4 Story: 2 - Charles Brown talks about the restrictions against African Americans playing division one college basketball in the 1950s

Tape: 5 Story: 3 - Charles Brown talks about his knee injury and recovering from his knee surgery

Tape: 5 Story: 4 - Charles Brown talks about his career after he stopped playing basketball

Tape: 6 Story: 2 - Charles Brown talks about the Windy City Shootout and continuing to play basketball as a senior citizen

Tape: 6 Story: 9 - Charles Brown describes how he would like to be remembered