Dance group manager Geraldine Rhodes Kennedy was born in 1932 in Union, North Carolina to Viola Williams and Albus Rhodes. Kennedy relocated with her mother and stepfather to Youngstown, Ohio when she was four years old. She was raised in a large family that included eight siblings. Kennedy attended East High School in Youngstown and graduated around 1950.

Following high school, Kennedy moved to New York City to live with her sister Florez. For a time, she worked in a bar, sending her tips to her father in Ohio, who was ill. This bar was frequented by former dancers from the Apollo Theater, many of whom Kennedy befriended. These dancers included Edna “Yak” Taylor, who often told Kennedy fascinating stories about the history and the times of the Apollo dancers.

During the 1970s, Kennedy became interested in doing a benefit for a senior citizens' center and recruited ex-chorus girls to put on a show. Using her connections from her time working with former dancers, Kennedy helped to create a group known as the Swinging Seniors. Kennedy’s nieces comprise the R&B group Sister Sledge, and in 1984 she worked for them briefly as a road manager while they toured Europe. Upon her return, dancer Bertye Lou Wood and Kennedy reunited some of their former dancing friends, Marion Coles, Cleo Hayes, Fay Ray and Elaine Ellis. Kennedy began managing the new dance ensemble. They rehearsed in the building that housed the former Cotton Club, renamed the Latin Quarter, and had their first performance in 1986. This group became known as the Silver Belles, and the group of African American senior dancers have been performing together ever since, appearing on Dan Rather’s 48 Hours and becoming the first group of its kind to perform in Atlantic City. In 2006, the Silver Belles were featured in the documentary Been Rich All My Life produced by filmmaker Heather Lyn MacDonald.

Geraldine Rhodes Kennedy was interviewed by The HistoryMakers on September 20, 2007. 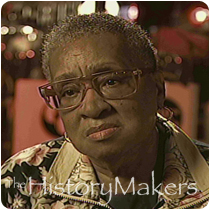 <a href="https://da.thehistorymakers.org/story/226937">Tape: 1 Geraldine Rhodes Kennedy describes the sights, sounds and smells of her childhood in Youngstown, Ohio</a>

<a href="https://da.thehistorymakers.org/story/226938">Tape: 1 Geraldine Rhodes Kennedy recalls living with her sister in Harlem in New York, New York after graduating from high school in 1956</a>

<a href="https://da.thehistorymakers.org/story/226943">Tape: 1 Geraldine Rhodes Kennedy talks about establishing a legacy for show dancers</a>

<a href="https://da.thehistorymakers.org/story/226948">Tape: 2 Geraldine Rhodes Kennedy explains the importance of activity for seniors</a>

<a href="https://da.thehistorymakers.org/story/226951">Tape: 2 Geraldine Rhodes Kennedy talks about the documentary of the Silver Belles, 'Been Rich All My Life,' pt. 1</a>

<a href="https://da.thehistorymakers.org/story/226953">Tape: 2 Geraldine Rhodes Kennedy talks about the documentary of the Silver Belles, 'Been Rich All My Life,' pt. 2</a>

Dancer and dance instructor Doris Humphries was born in Chicago, Illinois, on September 10, 1924. While still a child, Humphries would mimic the dancers that she saw in the movies, and to reproduce the tapping sound of the tap dancers, she attached bottle caps to the soles of her shoes. At the age of eleven, Humphries began taking lessons from legendary choreographer Sadie Bruce; at fourteen, she took up rhythm skating with a group called The Musketeers. While attending Englewood High School in Chicago, Humphries met up with her dancing partner, Junior; the two would go on to be known as Dinky and Junior.

Following their graduation from high school, the Junior and Humphries auditioned for Berle Adams of the prestigious William Morris Agency; he quickly signed them, and they began touring the United States dancing with bandleader Louis Jordan. As they toured, the duo performed with Sarah Vaughan, Billy Eckstein, and Dizzy Gillespie. In 1945, Humphries met Sergeant Hedrick Humphries, and the two were married the following year. Humphries went into retirement to raise her family, but after the birth of her third child, she returned to dancing, focusing on Latin dance. Continuing her training, Humphries enrolled in Jimmy Payne’s Afro-Cuban dance class, where she met her next dance partner; the two created a duo known as Tony and Tanya Belle, with which they gained fame for their innovative coupling of Latin and soul.

In 1986, Humphries was awarded a grant from the City of Chicago to create an outreach program; her group, The Closet Performers, was an immediate success, with students in her classes ranging from age three to ninety-two. In 2004, Humphries again contributed to the dance education of Chicago residents by opening the Chicago Human Rhythm Project's Fourteenth Annual Dance Festival with an appearance as a panelist for a discussion on African American Women in Tap. In addition to her work with the City of Chicago, Humphries continued teaching ballroom, Latin, and tap dancing, at the South Shore Cultural Center for over ten years, as well as classes at Oak View Park Center and Moraine Valley College. 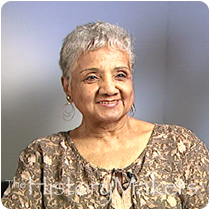 Dancer and dance instructor Doris Humphries (1924 - ) toured with music legends such as Sarah Vaughan, Billy Eckstein, and Dizzy Gillespie. Later, in a duo known as Tony and Tanya Belle, she became well known for her innovative coupling of Latin and soul. Humphries worked with the City of Chicago to create outreach programs with her group, The Closet Performers. Humphries also taught courses at Chicago-area colleges and cultural centers.

<a href="https://da.thehistorymakers.org/story/216640">Tape: 5 Doris Humphries reflects upon her life</a>