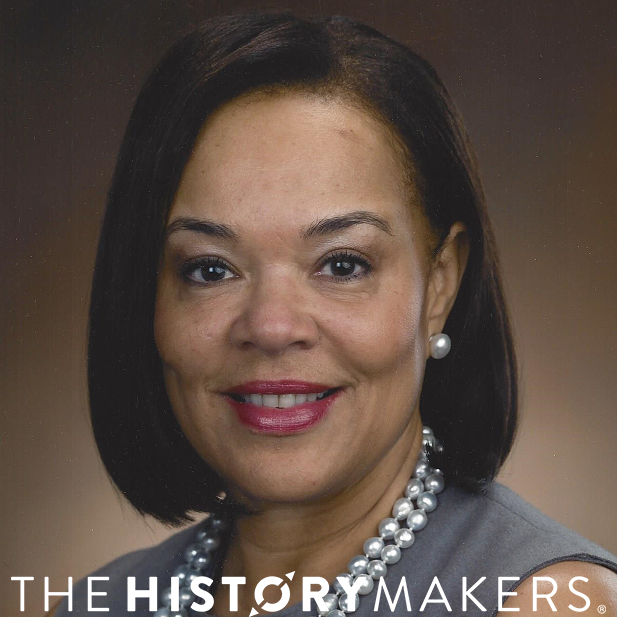 Lawyer Martina Bradford (1952- ) served as attorney, vice president of external affairs of the New York/New England region, and vice president of federal government affairs at AT&T before serving as deputy sergeant at arms in 2010.

Freddie Hill Lucas was born on January 4, 1936, in Lynchburg, Virginia. Lucas spent most of her childhood years growing up on the campus of Morgan State University in Baltimore, Maryland, where both of her parents were professors. Her father, Talmadge Hill, was the coach of Morgan's basketball team and a health instructor and her mother, Frances Hill, was a music professor. In 1952, she earned her high school diploma from Frederick Douglas High School, where she was a member of the volleyball and basketball teams and a member of the National Honor Society.

Lucas earned a bachelor's of science degree from Morgan State College in 1956. Upon graduation she was awarded a Fulbright Scholarship and studied at the University of Oslo in Norway, where she earned a diploma in physical education. In 1958, she received her MS degree from Pennsylvania State University and later went on to earn her Ph.D. from the University of Iowa in 1964.

From 1958 to 1962, she worked as a physical education teacher at Maryland State College, now known as the University of Maryland Eastern Shore, where she met her husband, Africare co-founder, C. Payne Lucas. She also worked as an assistant professor at Southern University in 1964. From 1968 until 1976, Lucas worked for J.C. Penny Company where she began her career in the public relations department. She later went on to work in the company's urban affairs section and eventually became the company's first female and African American lobbyist.

In 1976, Lucas joined the staff of General Motors Corporation as its senior Washington representative. After working at GM for nearly twenty years, she and her husband started their own consulting firm, Lodestar, LLC. Lucas is a member of the NAACP, the Industrial Relations Research Association, American League of Lobbyists, National Association of Manufacturers, the Consumer Credit Council and the Women's Advertising Club of America.

She and her husband, C. Payne Lucas, have three grown children and one grandchild. 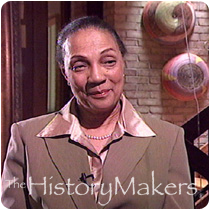 Business consultant and lobbyist Freddie Lucas (1936 - ) was the first African American lobbyist at J.C. Penney Corporation, and then worked as a consultant for General Motors. After working at GM for nearly twenty years, she and her husband started their own consulting firm, Lodestar, LLC.

<a href="https://da.thehistorymakers.org/story/10313">Tape: 3 Story: 2 - Freddie Lucas describes her experiences in Norway</a>

<a href="https://da.thehistorymakers.org/story/10317">Tape: 3 Story: 6 - Freddie Lucas explains how she got into public relations at JC Penny Company</a>

<a href="https://da.thehistorymakers.org/story/10321">Tape: 4 Story: 2 - Freddie Lucas describes her work as a lobbyist on Capitol Hill</a>

<a href="https://da.thehistorymakers.org/story/10326">Tape: 4 Story: 7 - Freddie Lucas reflects on her best accomplishments</a>